The objective of this page is to provide some information about past DVC and Rising Stars productions, starting with the most recent.

Where available, the shows' programmes are provided. The coverage can also include -

* - These productions were Reviews rather than Pantomimes.

It has been claimed by some people that, technically speaking, this was not a DVC production at all. Although everyone involved was a DVC member, it was organised by Barbara Spaul on a personal basis. Its presence in this list accounts for the continuing debate about exactly how many DVC productions there have been.
However, as you will see, the program has "Denton Variety Club" at the top and the Club logo on the back!

As with every amdram production, it is the things that go wrong that sometimes create the greatest amusement. In recognition of this, DVC has a special trophy presented annually to the person (or in one case persons) who have contributed the most significant “disaster” to the year’s production.

The original trophy took the form of a complete leg plaster-cast on which the names of the recipients were recorded. In 2017 there was no space left for any more names so a new similarly styled, but rather less bulky, replacement was provided.

A recent addition to the awards handed out at the cast party that always follows the final performance of DVC productions is this, suitably shaped, trophy which recognises not the star of the show, they can always bathe in the recognition of their peers, but the person who has provided that essential support for the production as a whole.

Where available programmes etc are held on separate pages (in blue).

The Stars have their own special song which is normally sung, to the tune of the traditional Floral Dance, as the finale of each show. 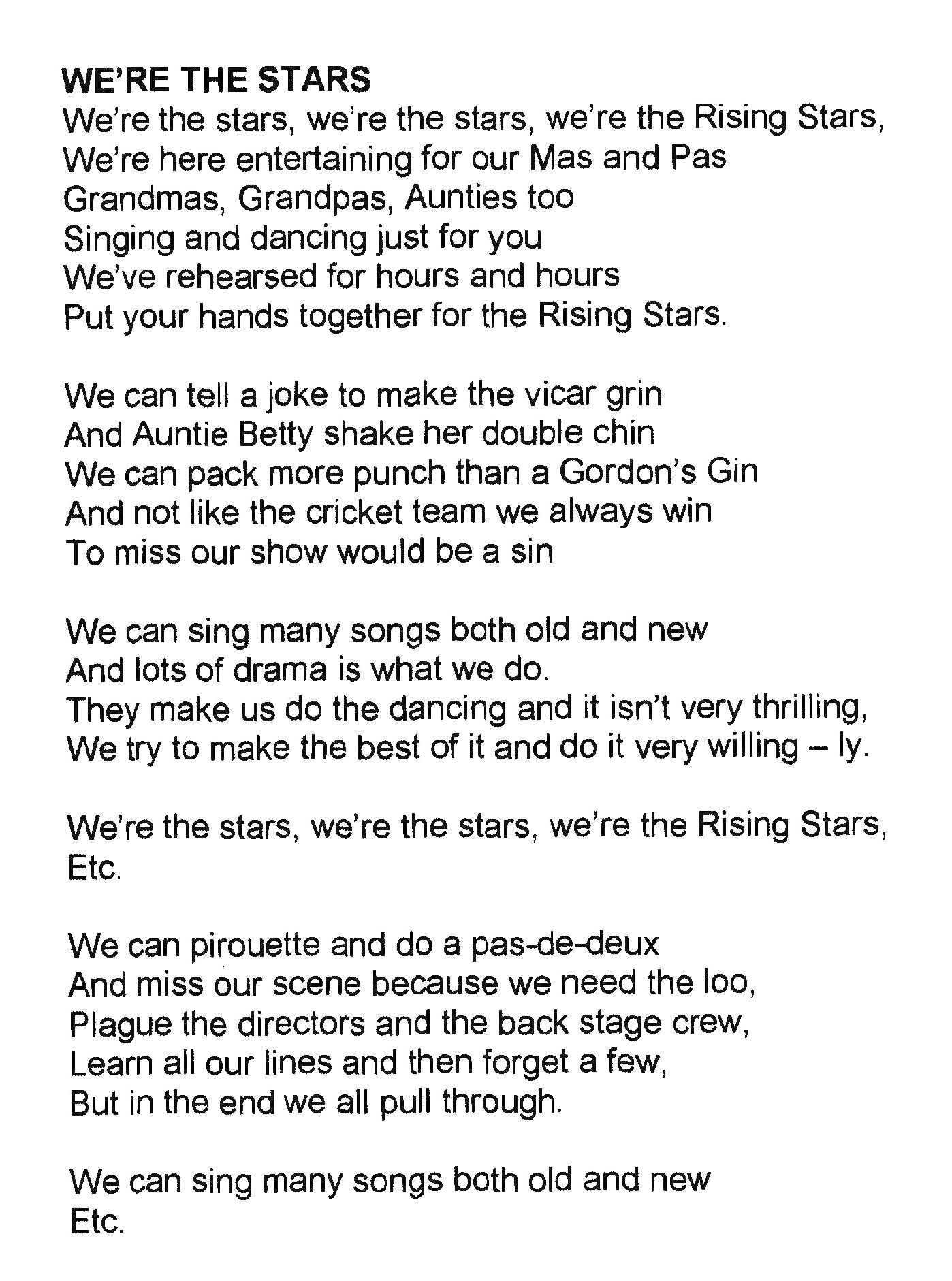