This year’s adult production was “Treasure Island” performed on the 16th, 17th and 18th February. 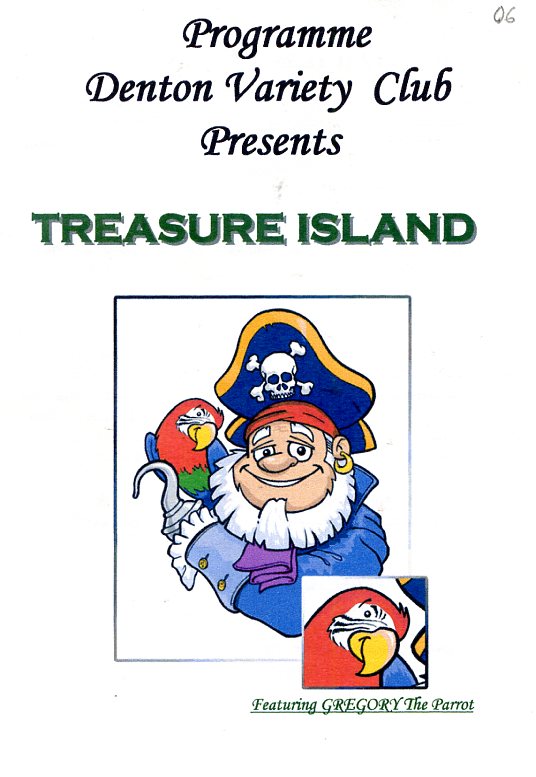 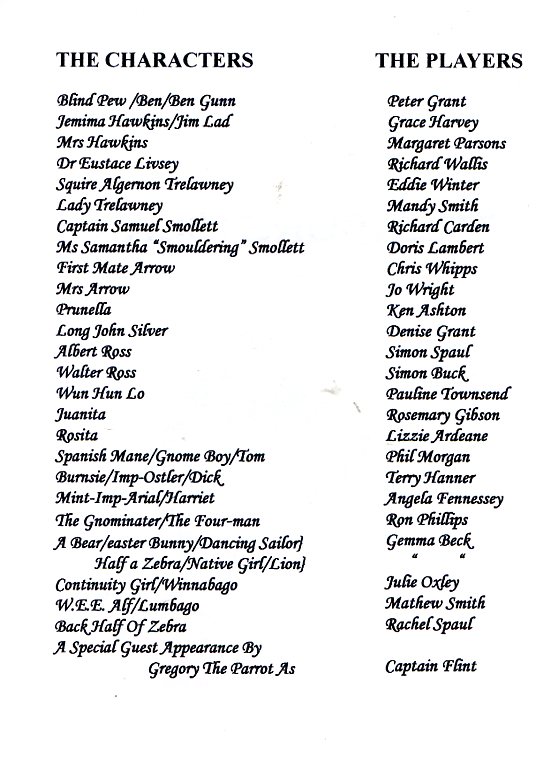 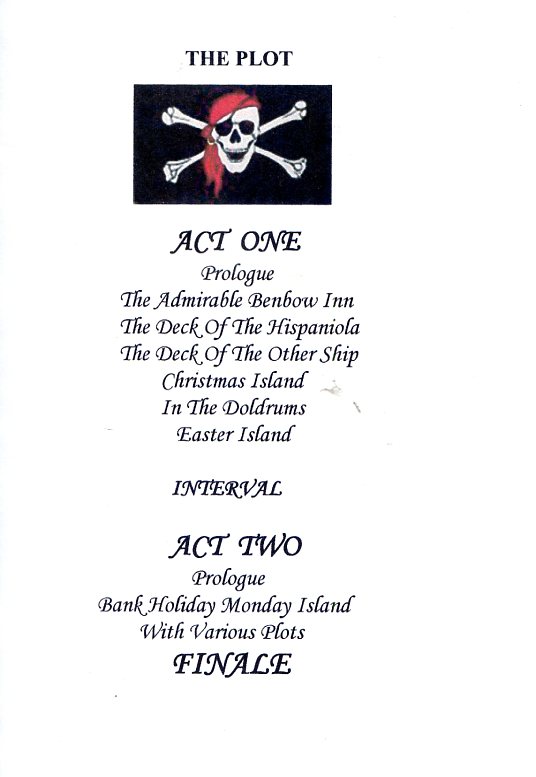 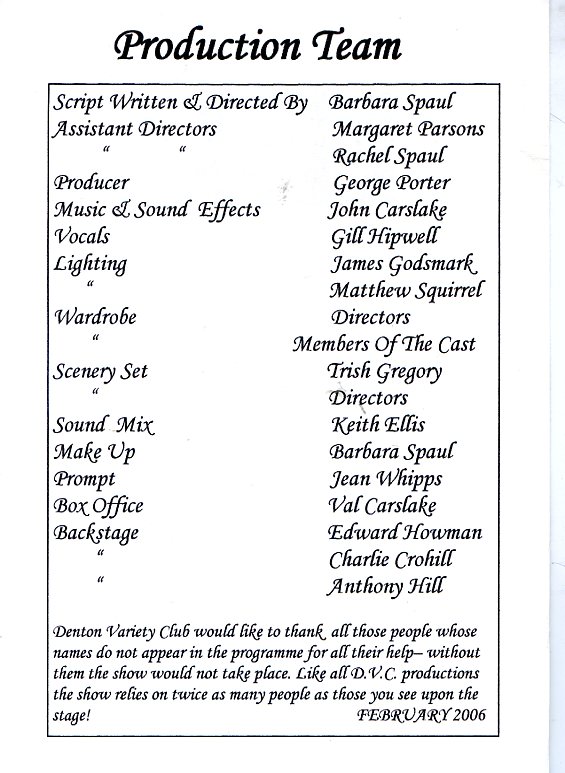 This year’s Rising Stars production was “A Little Bit of Seasoning” performed on the 27th and 28th of October.

From the Parish Magazine, December 2006.

Eleven stars shone brightly at Denton on the nights of October 27th and 28th when large audiences packed the Village Hall to marvel at the wealth of talent existing in our midst among the younger generation.

It was the 18th production of The Rising Stars and we were entertained by 11 young people, their ages ranging from 13 to five, to a concert rejoicing in the title of “A Little Bit of Seasoning”.

Through the year, from spring to winter, we were led down a magical path where daffodils danced, lambs gambolled, the sun shone, the sea sparkled, the corn harvested, the fruit mellowed, leaves turned to gold, the mists descended, an icy wind blew in from the east and a blanket of snow turned the countryside into a winter wonderland. Dancing, singing, sketches, readings and monologues were presented with panache and the inevitable village “in” jokes were highly appreciated by those in the know. A highlight on opening night came when 13-year-old Katharine Valori’s troublesome deckchair was unexpectedly uncooperative with five-year-old Megan Wiles. In true professional style the two young people turned the hiccup into triumphant hilarity!

Clever lighting and sound effects set the scene for a superb enactment of The Snowman, while Stanley Holloway’s Albert and the Lion was transferred brilliantly from monologue to sketch and the Rising Stars’ own version of The Floral Dance rounded off a thoroughly entertaining evening.

Great credit goes to producers-creators Gill Hipwell, Margaret Parsons and their multi-talented team who, once again, presented to the village a cast of young people of whom all of us can be proud.