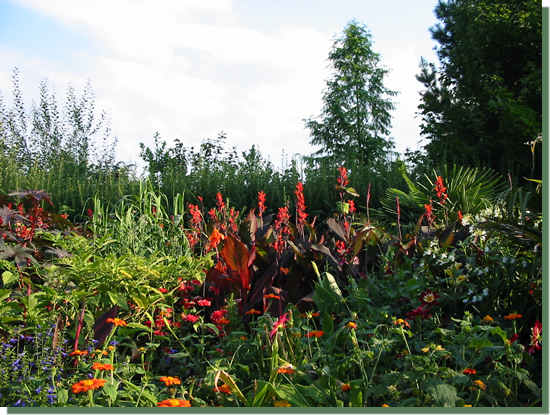 Denton Gardening Club normally meets on the 3rd Tuesday most months (though there are occasional exceptions). Between October and April meetings with guest speakers are held in the village hall and in the summer meetings include evening outings locally, perhaps a visit to a garden or nursery, as well as meetings in our own members' gardens.

We also hold an Annual Show, summer outings, plant sales and other events. New members are most welcome so do come along and join us. Details of the current programme appear below.

Between October and April meetings with guest speakers are held in the village hall. Previous meetings have been on subjects such as Garden Design, Perennials, Orchids and Container Gardening. Whatever you are interested in there will be something for you!

The summer schedule includes evening outings locally, perhaps a visit to a garden or nursery, as well as meetings in our own members' gardens.

So far the Coronavirus Emergency has prevented any meetings forming the Summer Programme taking place.
It is hoped that this will not continue for the whole summer. However, the annual Open Show, due to be held on 22nd August has been cancelled.

This is what we did!

Every year the Club organises a bulk-buying scheme for seed purchases and obtains a substantial discount on most prices.
Catalogues are provided for members who pass their individual orders, by the deadline - normally the end of November, to the scheme organiser, John Chapman.
The seeds etc. are then delivered to John and distributed to members early in the New Year.
The company involved, Fothergills of Suffolk, add a delivery charge to each individual order so for small quantities it may be worth members combining their orders.

An Annual Open Show is held either in July or, more commonly, at the beginning of September, or even at the end of August!

The 2020 Show was due to be held on Saturday 22nd August but has yet to be confirmed.

Full details of the Show Schedule etc. together with the entry form will appear on the Show Page.

Records of the winners at this and previous Shows appear on the Show History Page.

The following photos are from recent shows – click to enlarge.

Return to Clubs and Societies Page