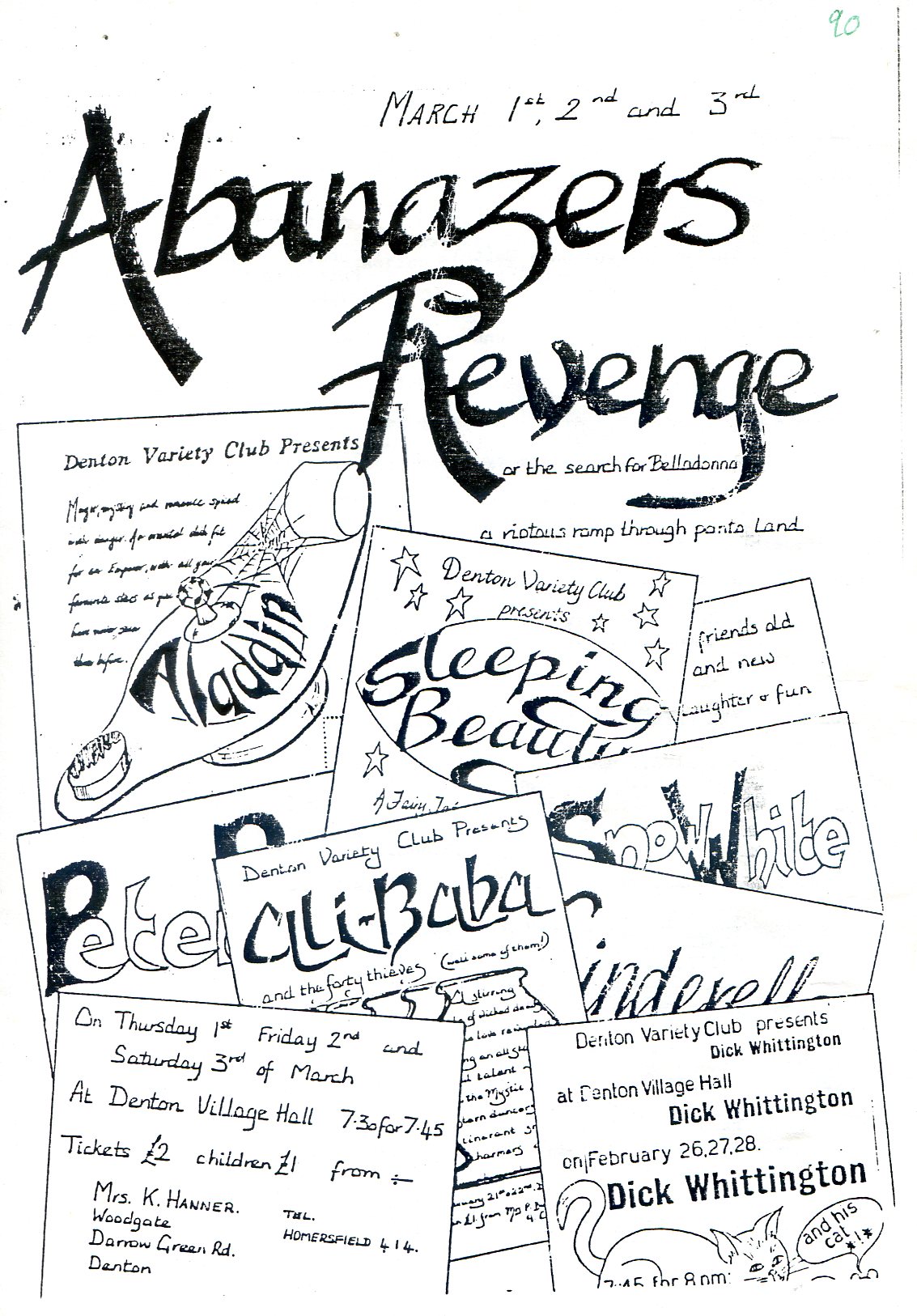 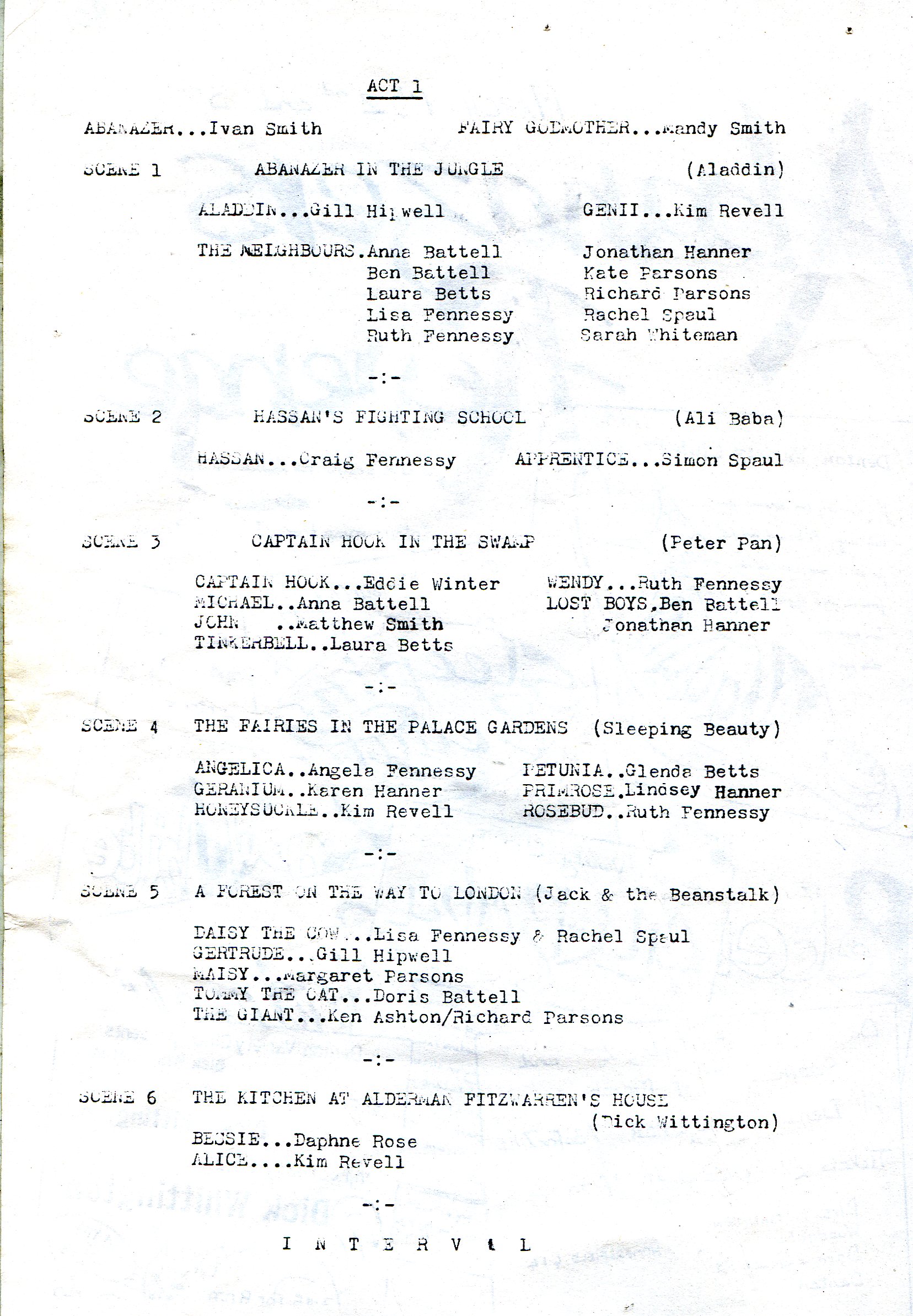 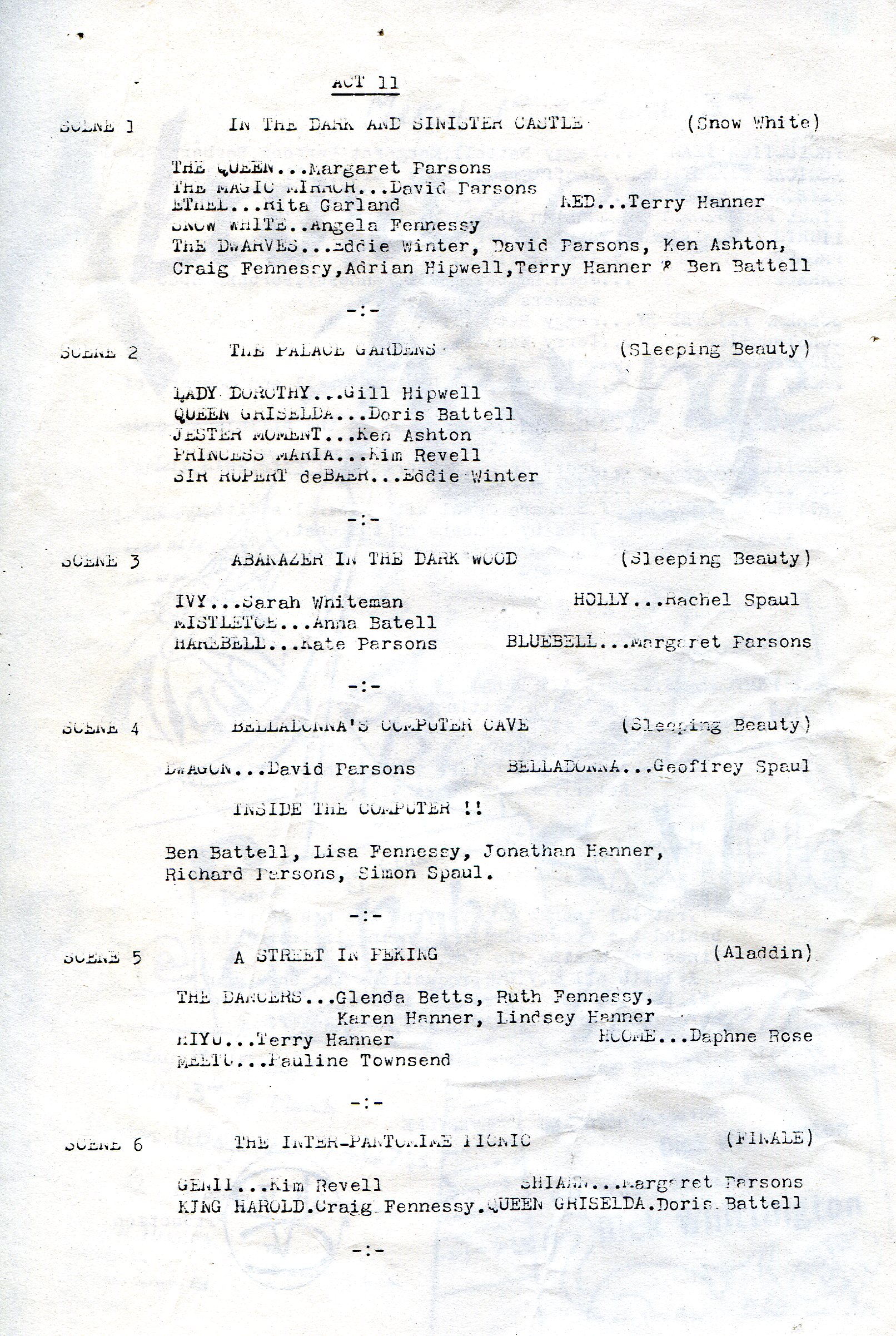 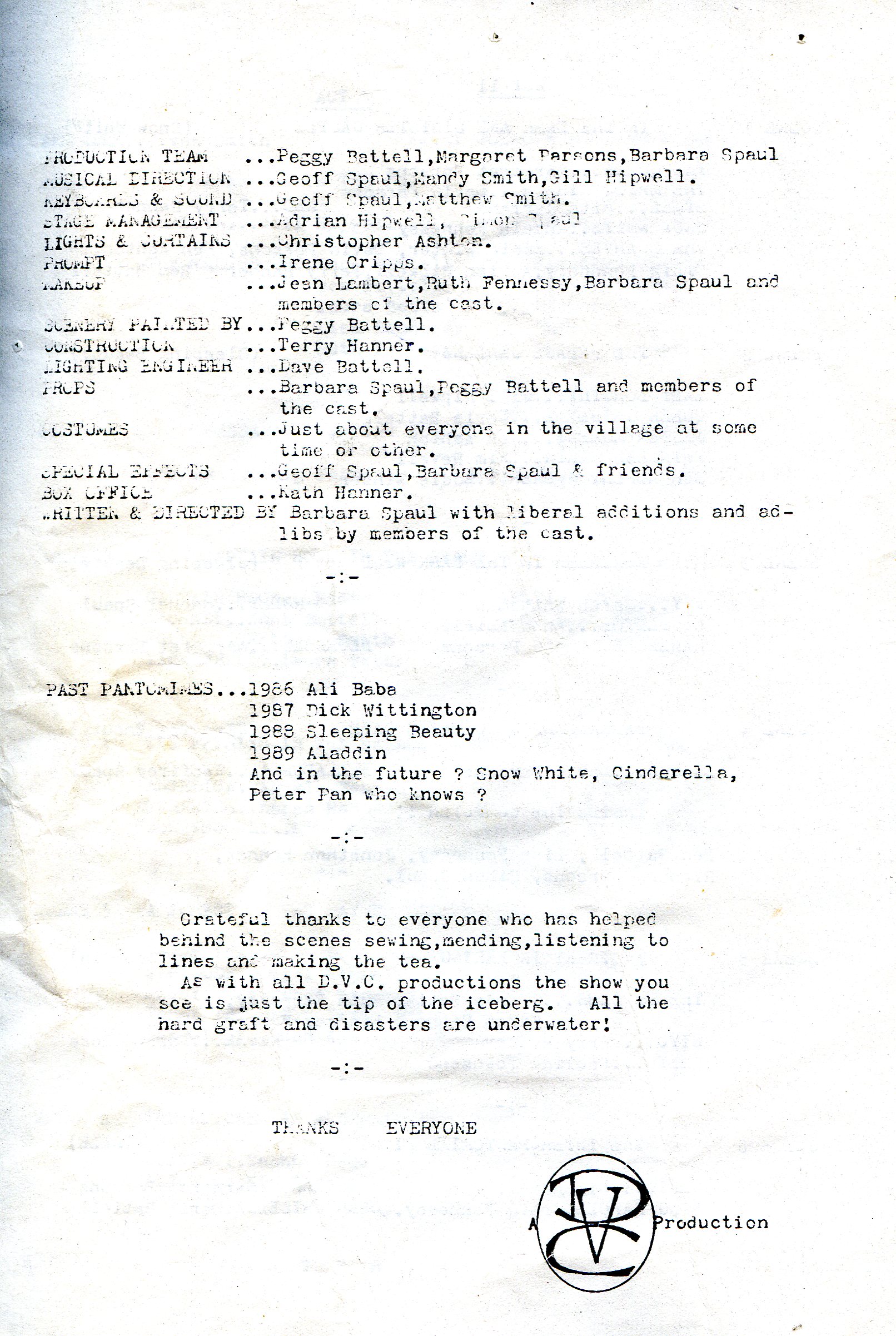 From the Parish Magazine - April 1990

What a super, super pantomime! Somehow I missed all the previous years of Denton's pantomimes so I was amazed and delighted when I went to see ''Abanazer's Revenge'' at the village hall. Such talent from such a small village! What a brilliant idea to pass through all the pantomimes from Aladdin, Snow White and Peter Pan just to mention a few, searching with Abanazer and Cinderella's ex-fairy godmother for a suitable Daddy to help the wicked Abanazer revenge himself on Aladdin. The ex-fairy godmother has discarded her prissy image and has become a trendy ''super-fairy'' dressed appropiately in superman/fairy clothes.

It was a brilliant production enjoyed by everyone in the audience, who participated with much gusto. If London gets wind of it they'll pinch it for the West End!

Congratulations to everyone involved in that great entertainment.
N. Oliver

What a treat was in store for everyone who went to see ''Abanazer's Revenge'' at the village hall in March. It was quite superb and I never cease to be amazed at the wealth of talent within this community. Thank you to all concerned f or giving us such a splendid evening's entertainment. We look forward eagerly to the next production. 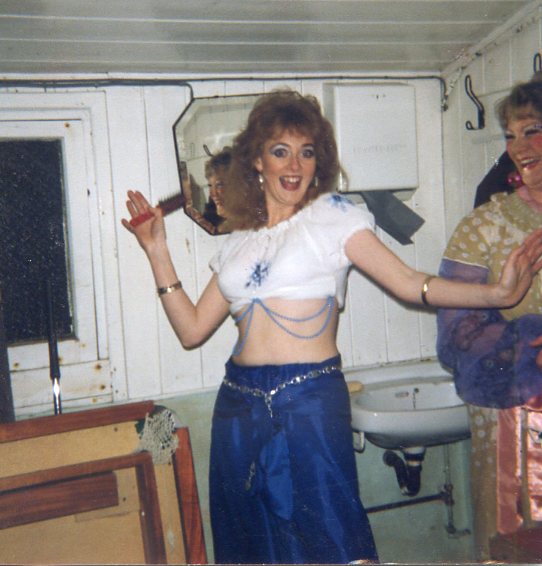 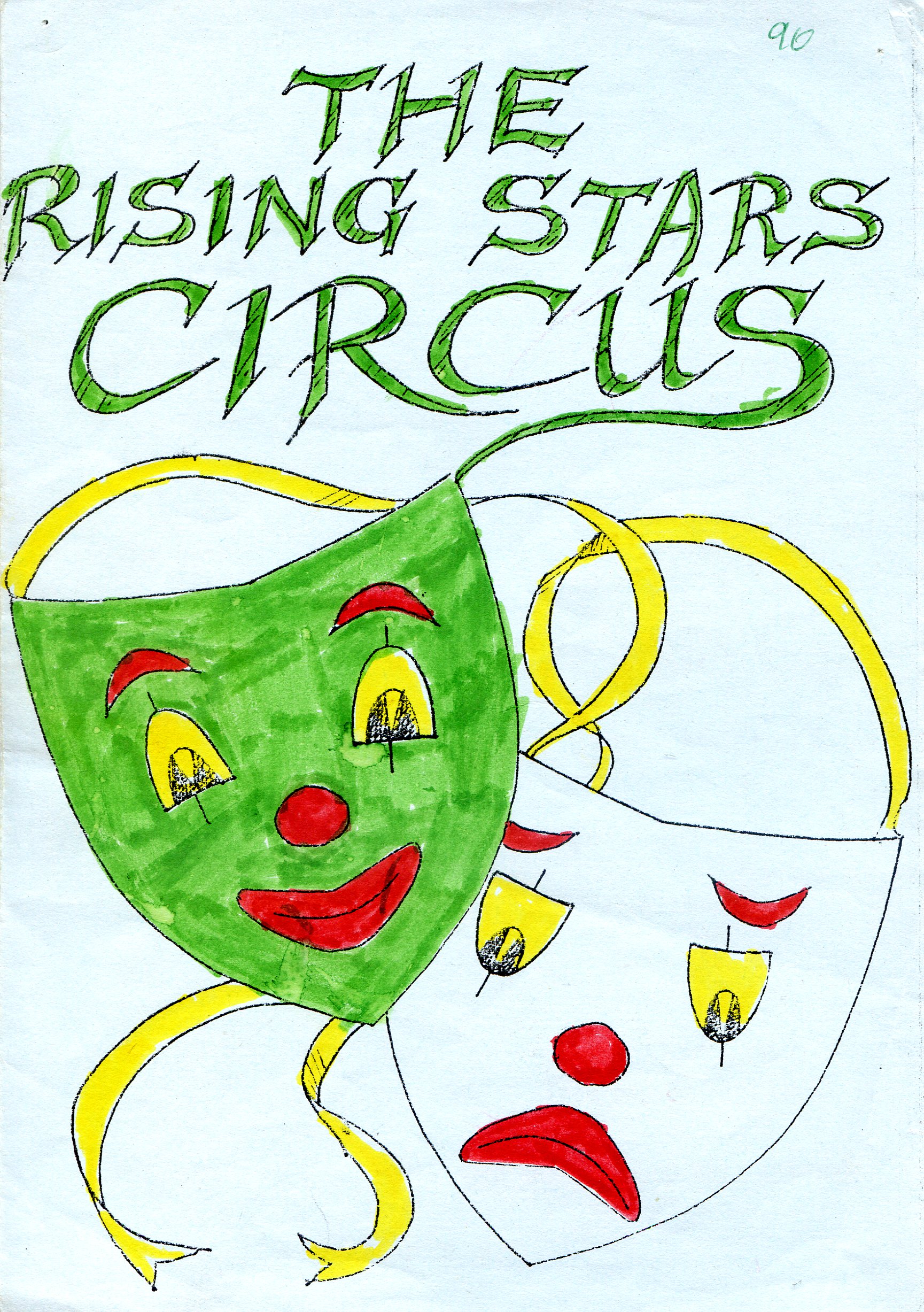 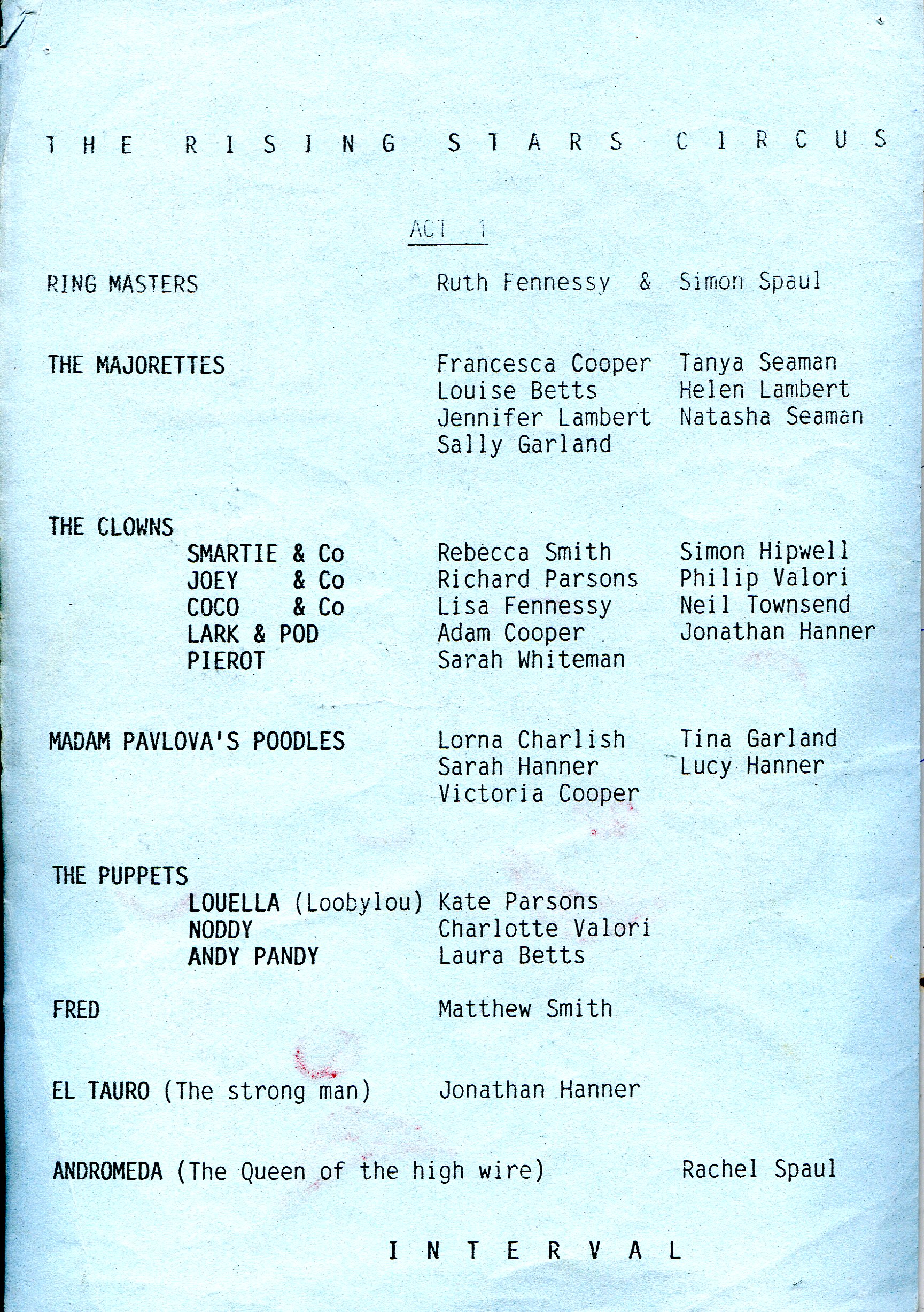 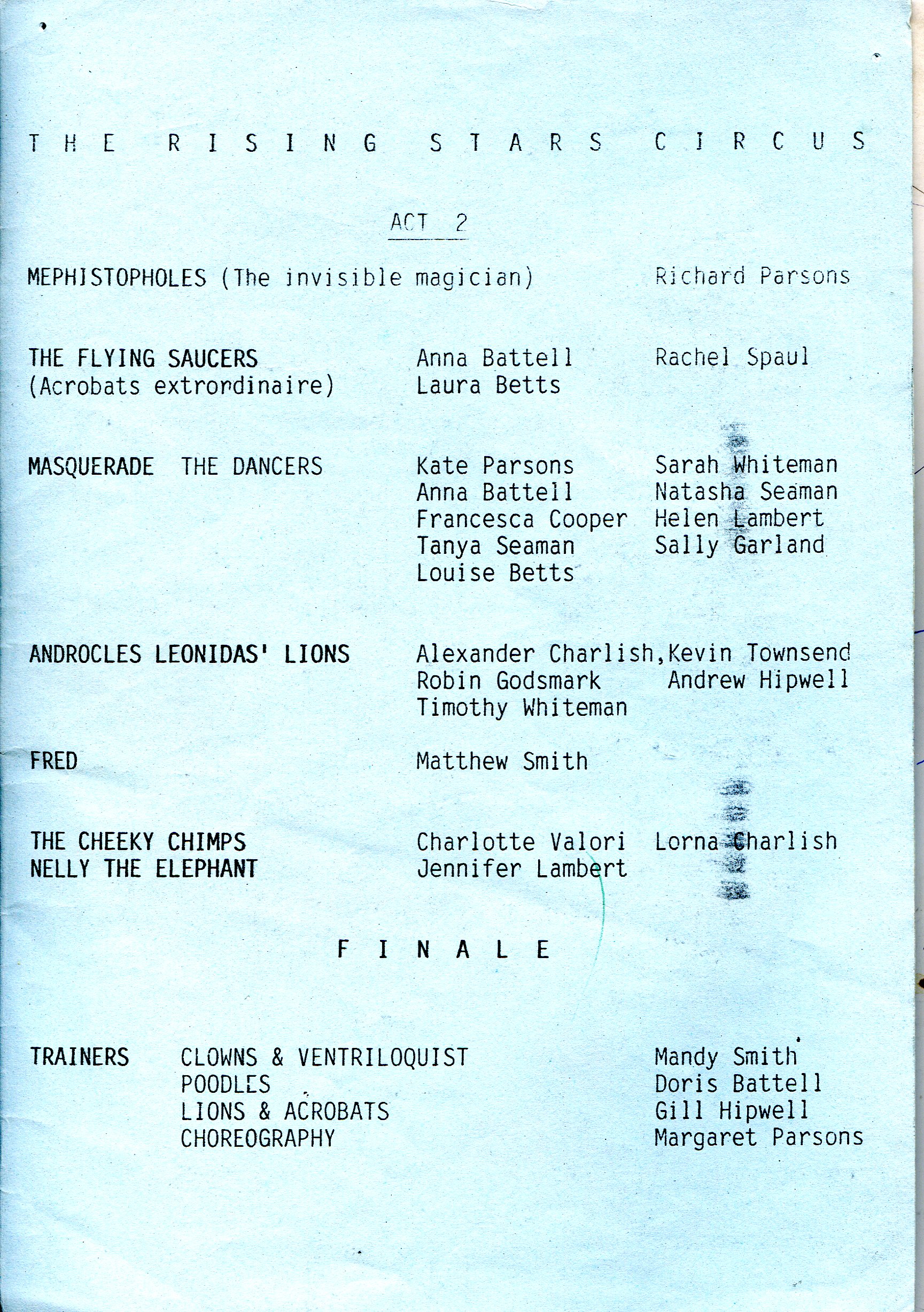 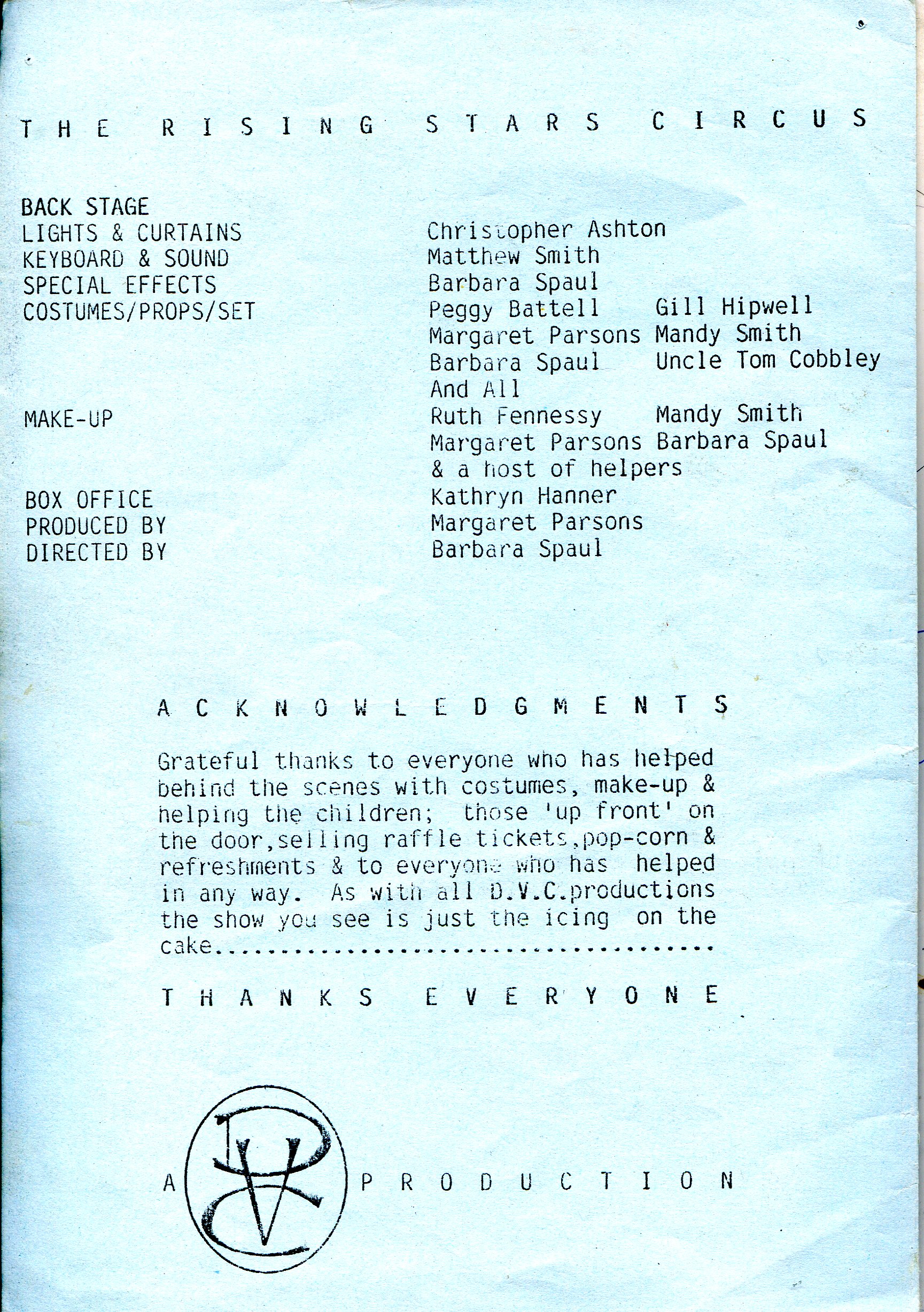