This year’s adult production was “The Princess & the Pea” performed on the 22nd, 23rd and 24th February. 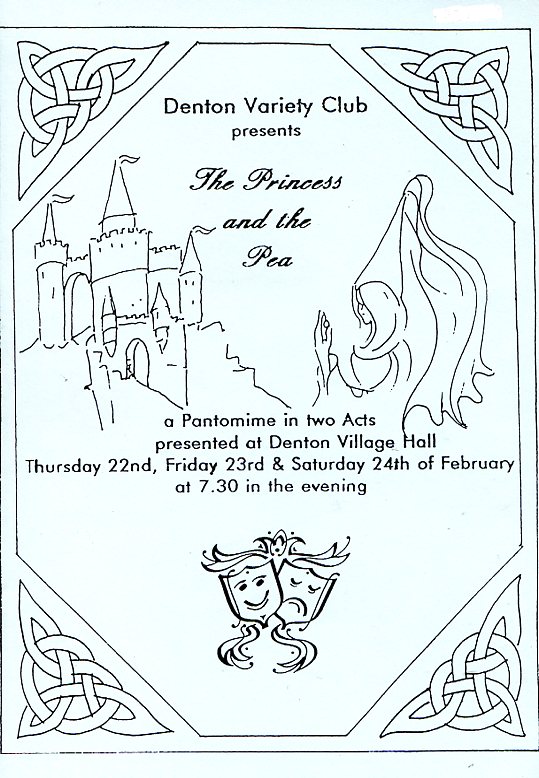 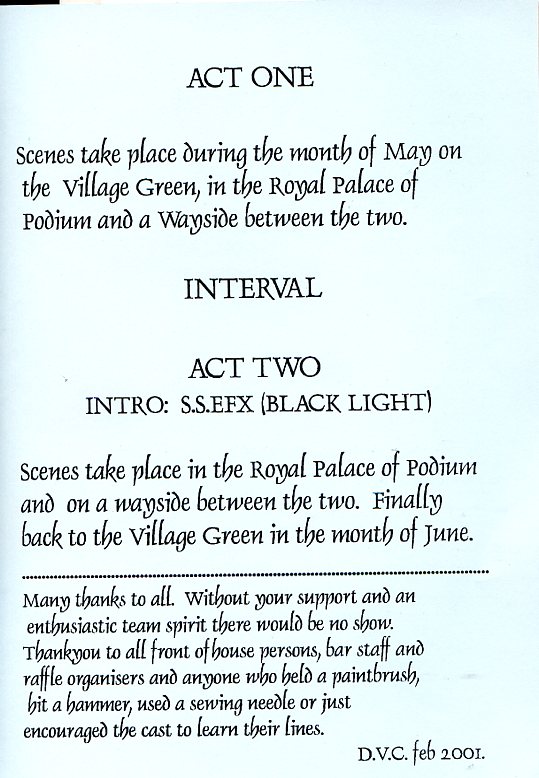 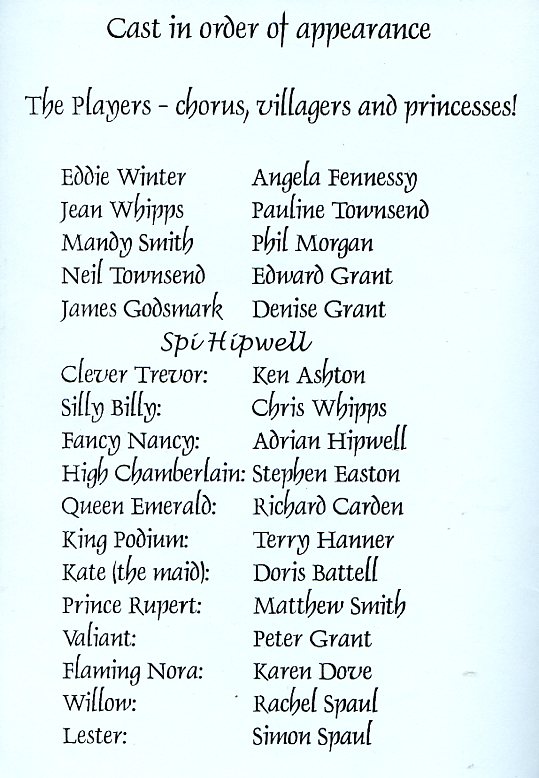 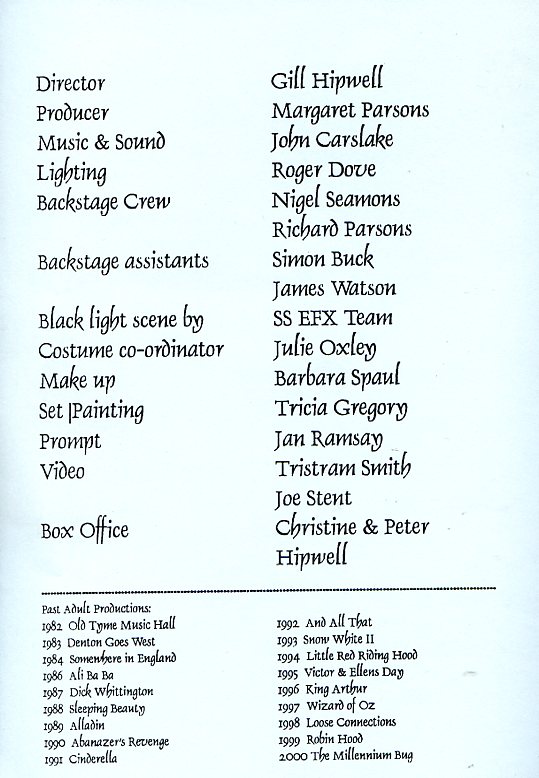 From the Parish Magazine, April 2001

If you didn't manage to get to this year's: Denton Variety Club production “The Princess & the Pea”, I have to tell you that you missed an absolute treat. Even by the DVC's traditionally high standards this was a real corker. The casting was inspired and director Gill Hipwell and producer Margaret Parsons really managed to get the very best out of their team.

Terry Hanner (bearing more than a passing resemblance to the late Errol Flynn) was every inch the King of Denton (sorry ... Podovia) and how is it that so many Denton men and boys make such convincing women? The grandmother of one the two too lovely Princesses (Simon Hipwell & Edward Grant), who was in the audience, was heard to murmur appreciatively “What sweet girls, do they live in the village?”

The singing was a joy, the comedy was infectious, real slapstick at times, as Flaming Nora (Karen Dove) made sure she got her man, the reluctant Valiant (Peter Grant). Stephen Easton as the long suffering High Chamberlain had the audience in stitches as did that happy band of crossdressers Messrs. Carden, Hipwell & Winter, one of whom rather aptly played an old queen.

The humour didn't stop there. Clever Trevor (Ken Ashton) and Silly Billy (Chris Whipps) made a marvelously funny double act and Simon Spaul as Lester the Jester had the audience eating out of his hand in no time at all.

Beneath all this frivolity the story line was ably held together by outstanding performances from Matthew Smith (Prince Rupert) Rachel Spaul (Willow) and Doris Battell (Kate the Maid) supported by an excellent chorus. Add to this a superb set, lighting, music, impressive costumes and a most ingenious door knocker and you have a Show that the will be the talk of the Village for years to come.

This year's Rising Stars production was "Wind in the Willows"