This year's adult production, the first under the DVC banner, was a 1940 review "Somewhere in England". 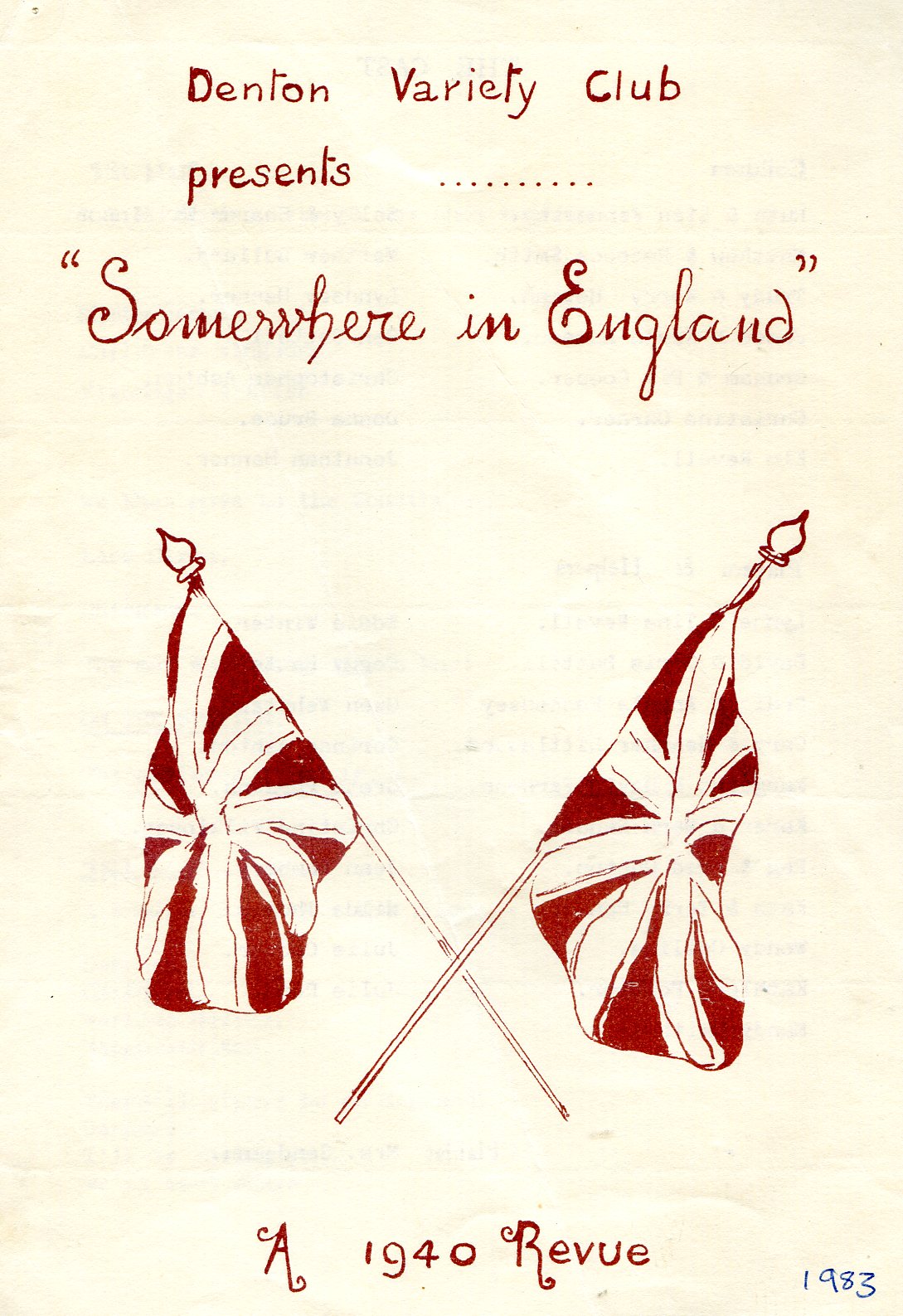 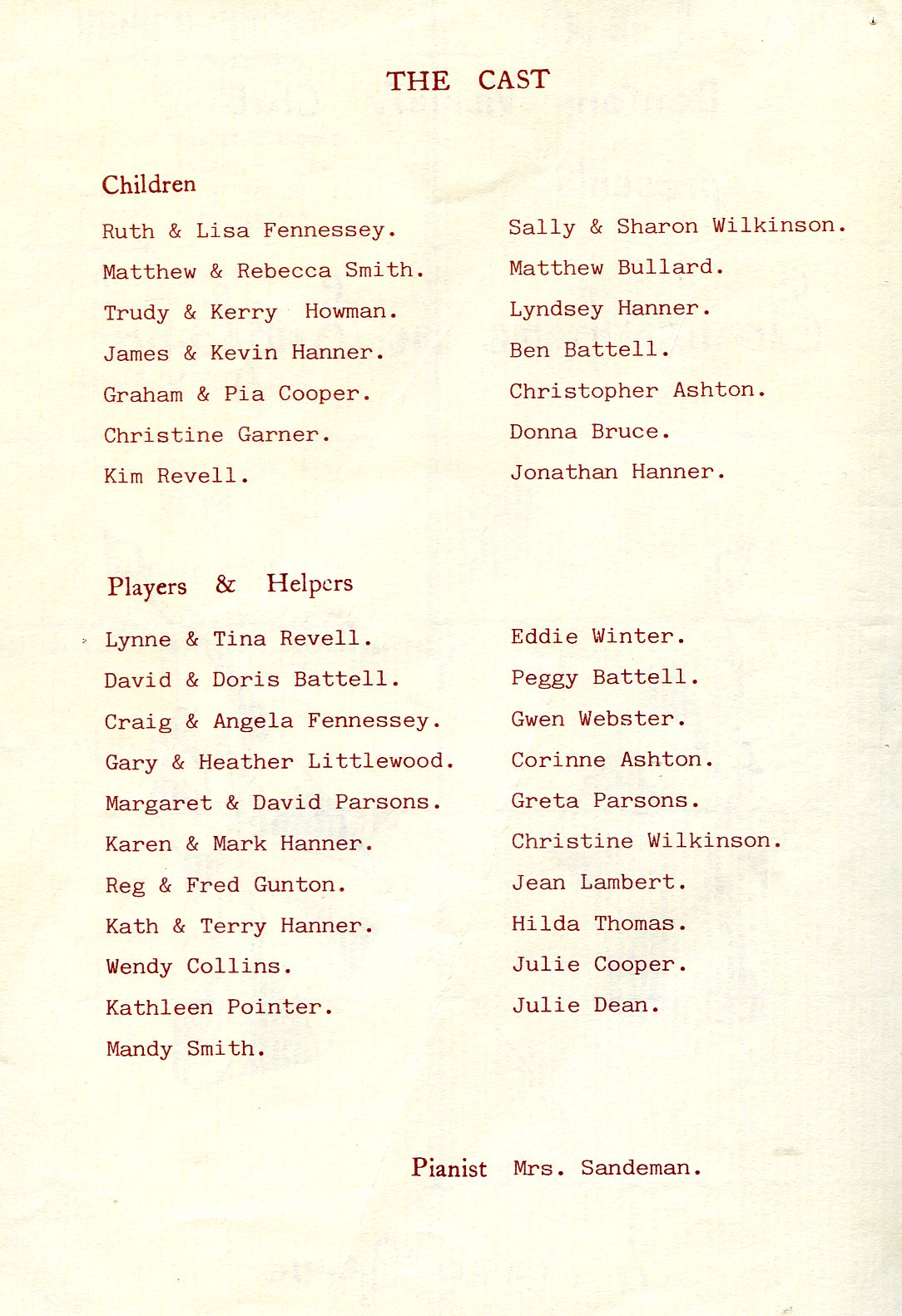 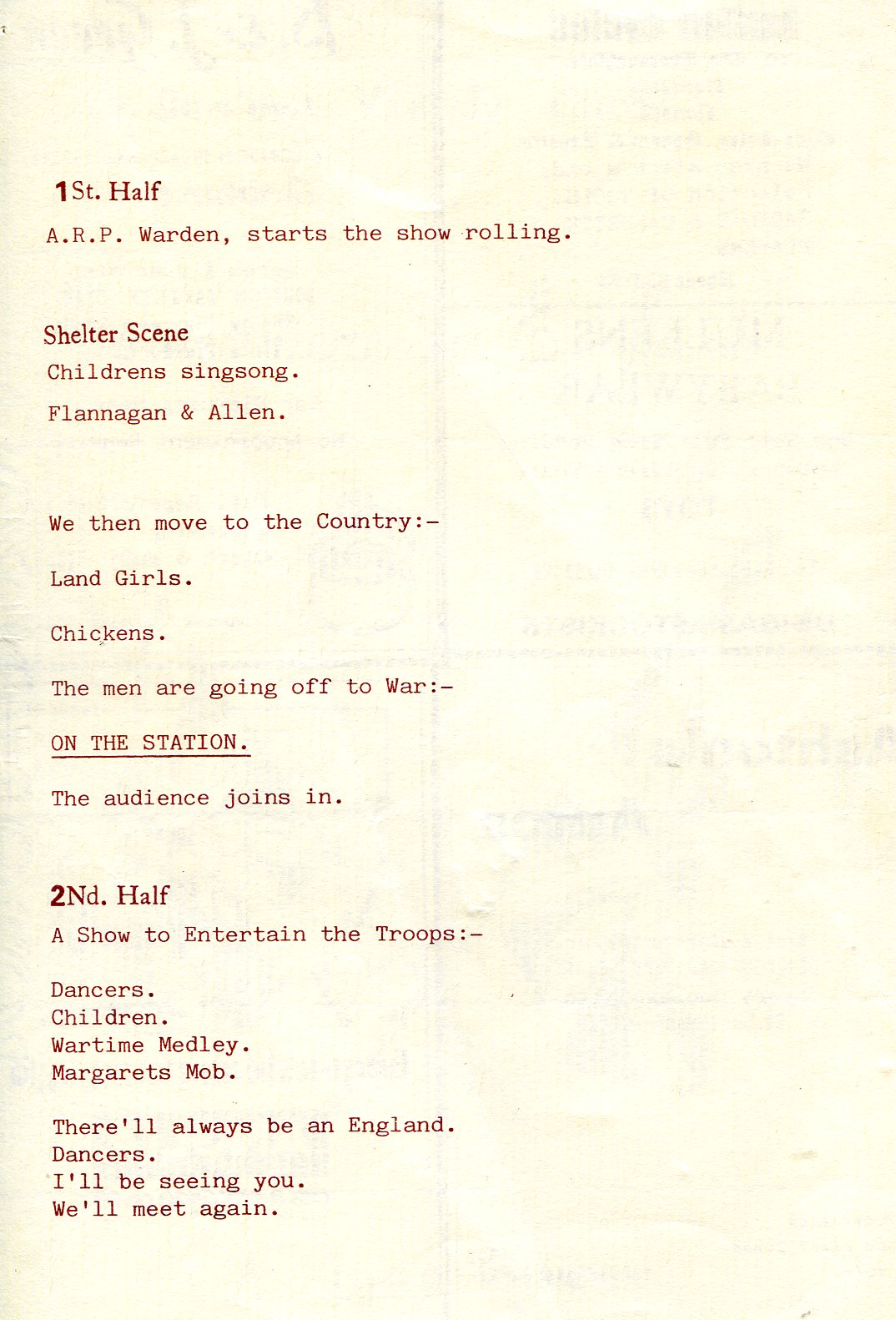 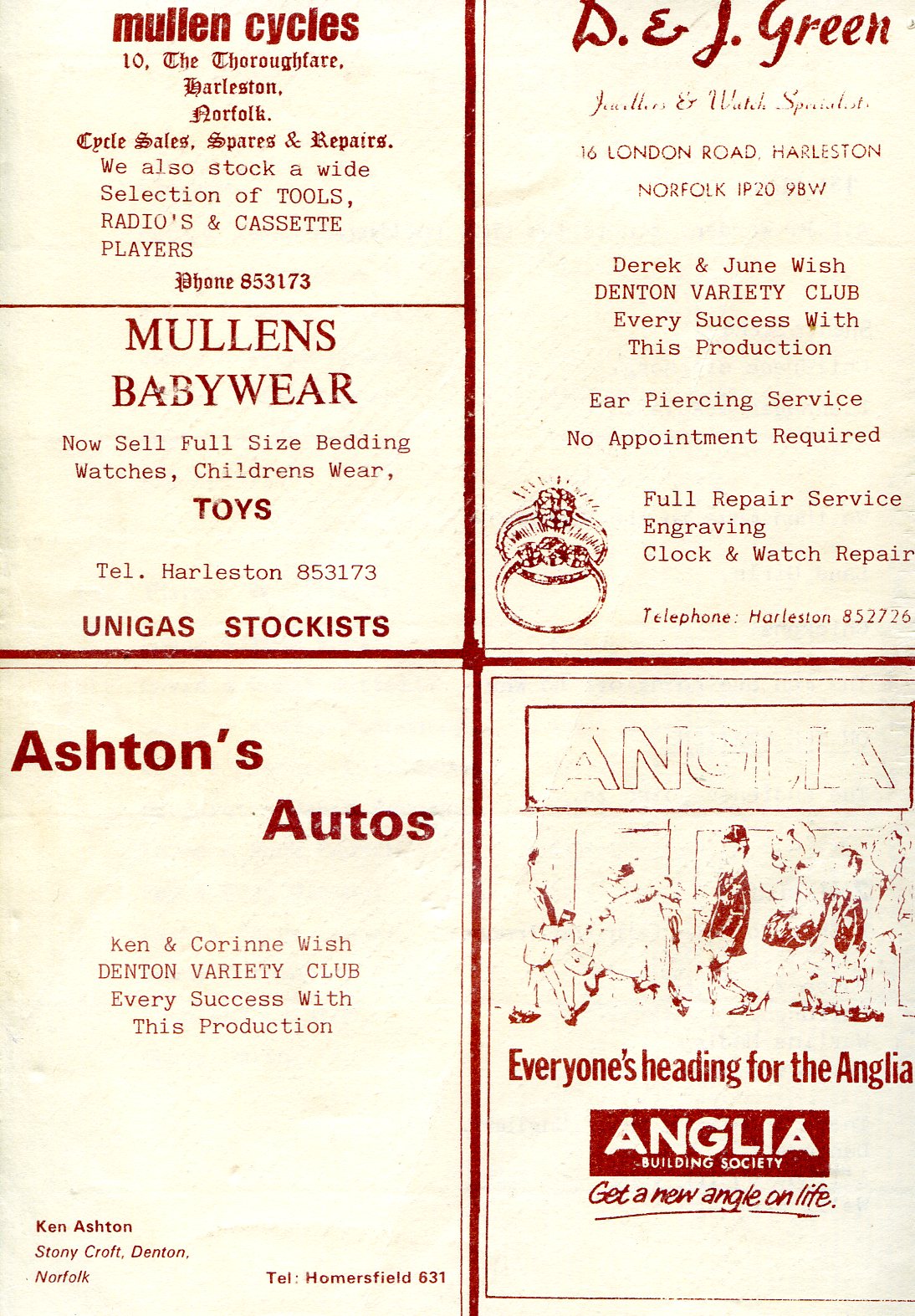 From the Parish Magazine - December 1983

Set in the 1940s, the songs, sketches and sound effects evoked memories for many of the audience. The children, trained by Peggy Battell and Kath Hanner, were word perfect and nearly stole the show. Praise is also due to Jean Lambert who made them up and managed to get them on stage on cue - no mean feat with 20 children taking part.

Margaret Parson's dancers were as well schooled as last year and still managed to draw several wolf whistles despite a more sophisticated routine this year.

Comedy relief was provided by Margaret’s Mob, a marching routine, more so on the Friday night as clever ad-libbing saved the day when a gremlin invaded the tape-recorder and the required music took a few minutes to materialise! Many of the audience were literally crying with laughter when the chickens took the stage. Performing “In the Mood” three brave men, attired in fluffy yellow costumes with red legs and yellow feet, clucked their way through an hilarious routine. The Land Girls amazed everyone by managing to keep their parts in an ‘action round'. Individual performances by Mandy Smith, Julie Dean, Eddie Winter and Tina Revell were much appreciated. Mrs Marian Sanderman made the show and kept us all together with her skills on the piano.

The audience on both nights were with us all the way and joined in at every opportunity. Final thanks are due to all those ladies who put in so much work on costumes and those gents who prepared and manned the stage.

The raffles made £76 but the final amount raised will not be known until all the ticket monies are in and expenses are taken - hopefully in excess of £150.

But the main object was achieved - a good time was had by all!

Thanks to all those who took part and now we look forward to next year's show.

From the Parish Magazine - December 1983

Can I express on behalf of my wife and others who attended the Denton Village Hall on Friday 28th October our great appreciation for such a wonderful show, which brought back nostalgic memories to many of us older ones.

The children s parts were so wonderfully well organised and performed, evacuees that brought back living memories to heart. Much of the war-time friendliness and memories flooded back - especially as the wedding group arrived, the groom in the very naval uniform, complete with gold Leading Signalman’s Badge and medal ribbons, won during six years’ wartime service and five years reserve. A uniform that travelled half round the world and saw many battles and several of the seven seas! A fitting end to an Old Uniform!

We all enjoyed the whole evening and to lighten the nostalgia three old hens caused many a cackle as they faithfully enacted the Hen House scene. One could only applaud at the end with “Cockle doodle do”!

A really lovely evening. Thank you all.