We are a village based group going back to the Second World War and earlier as a concert party, but launched in our present format some 30 years ago. Ever since then there has been at least one production a year. The normal pattern is for a show for adults (though younger members normally join in as well) which spans three nights in mid-February, half-term week. Typically it is a pantomime but reviews have also been staged. Rehearsals begin after Christmas and a great deal of fun is had by all. In recent years performances have been recorded and a DVD produced for purchase by members of the cast etc.
In addition a production for younger people, the “Rising Stars”, is usually staged in the autumn.

The “D.V.C.”, as it is called, is held together by a small committee who meet two or three times during the year. The AGM is normally held in April at which everyone interested in being on-stage or assist the vital backstage crew, is welcome. Also watch out for posters around the village and in the parish magazine. “Don’t worry about stage fright — come along for a really good time.”

The junior section, the Rising Stars, is for young people up to the age of 16. It was set up to encourage children of any age to take an interest in drama and music. All Denton children are welcome, and parents are encouraged to become involved.

Details of all productions and other activities appear in the Parish News and on this website.

The Covid Emergency, unfortunately, forced the suspension of Club activities until very recently.
It is now hoped to return to "normal" activities; details below.

The Rising Stars are now running with a slightly different format from the past; hopefully more convenient for families.
The Club meets on Sunday afternoons at Denton Village Hall typically from 4.00 - 5.00. These sessions are normally organised in "terms" of 5 or 6 weeks followed by a break of 2 or 3 weeks.

However activities are currently suspended.

The most recent Rising Stars Panto, "Snow White Plus", was performed on November 3rd 2019.

The age range for the group is broadly 3 - 11 years but older or younger children may attend by negotiation. Under 7s must be accompanied by an adult.
This is not an open drama club; there is no charge to those attending but parental support is expected. Any child with connections to Denton may attend. 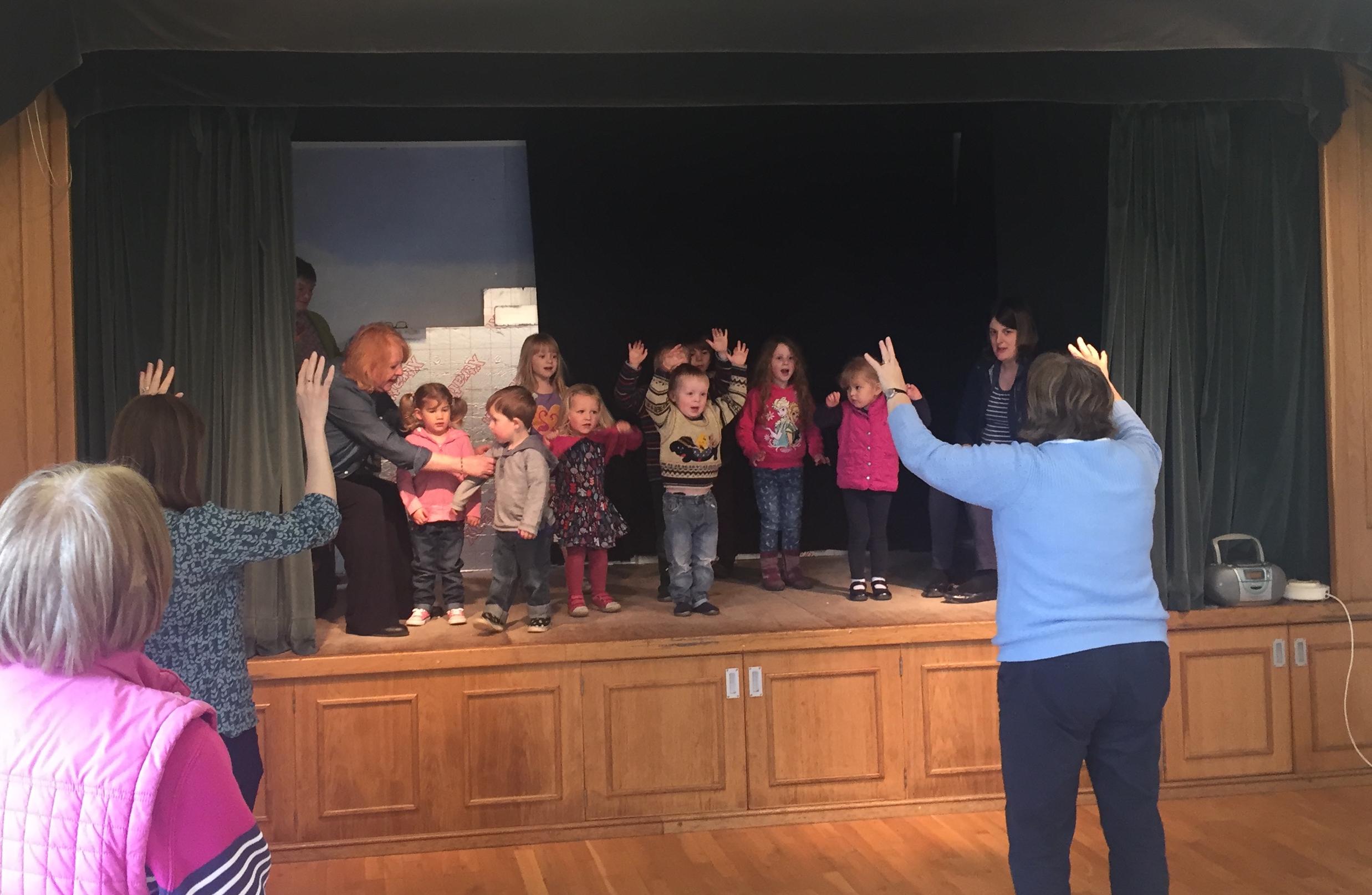 The Club in action!

Further information on all previous productions, including cast lists etc., appear in our DVC History Section.