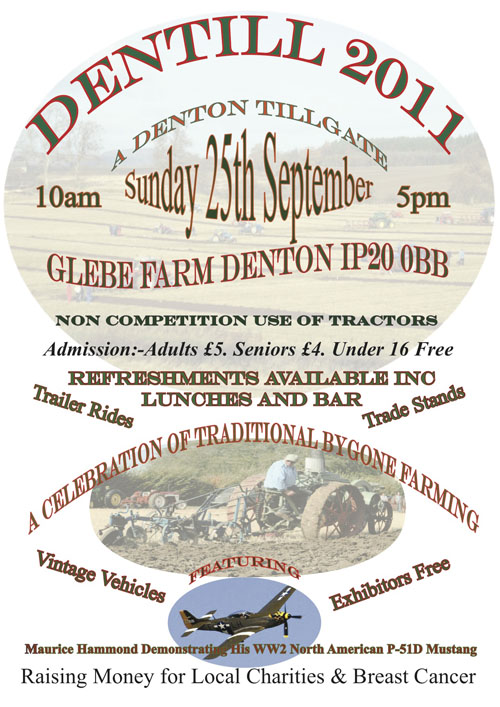 The event, attended by more than 700 people, was a great success. Over 60 tractors, old and new were on display, many of them in action. The traction engine powered threshing display was a great attraction. Other attractions included a display of vintage cars, a pets' corner, a sandpit and donkey rides for the children and excellent food and drink facilities. Local cyder produced by Denton's Blackhand Cyder Society proved to be very popular. All the money raised went to charity.

After the event a message of thanks was circulated by Adrian Hipwell.

"As chairman of this year's Dentill organising committee I would just like to thank and congratulate the huge army of team leaders and helpers who made it such a fantastic day. I have been involved with a lot of Denton events over the decades but I think the level of enthusiasm, good cheer and down right hard work have never been surpassed before. This coupled with our collective huge experience in running village dos made this most hectic day run like clockwork. I didn't meet anyone who had not had a lovely day and many were positively glowing with praise.
Secondary to putting on such a fantastic day it looks like we shall have raised well over £4,000, depending on the final expenses coming in, which is also outstanding.
I cannot even begin to list all those involved but I do think that a special thank you is due to our hosts Malcolm and Janet Skinner for all the extra work and disruption an event on this scale entails."

A selection of pictures of the event appears below – NB they may take some time to download!

The first set of pictures below were kindly provided by Simon Buck. The following pictures were provided by Adrian Hipwell. 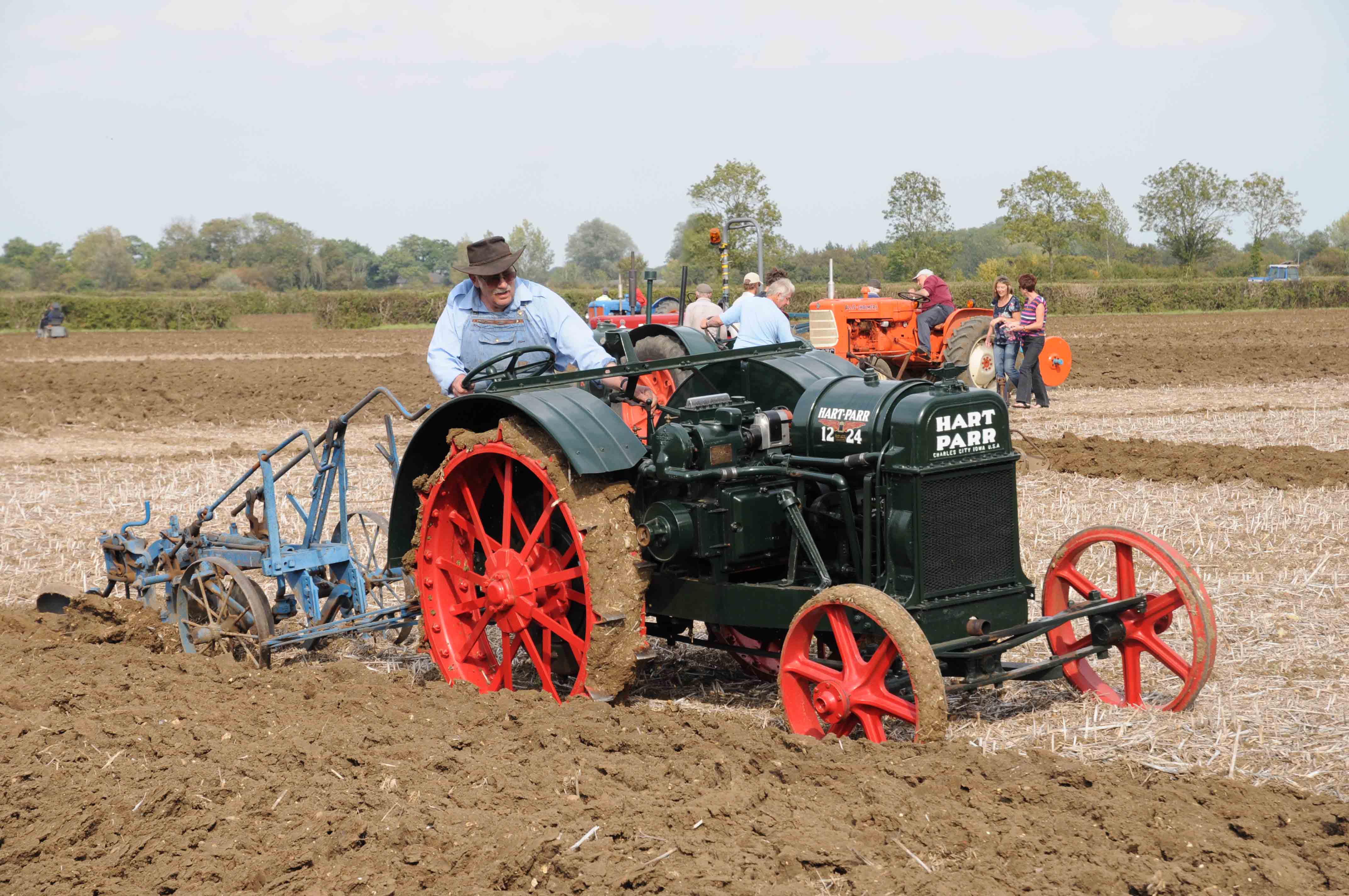 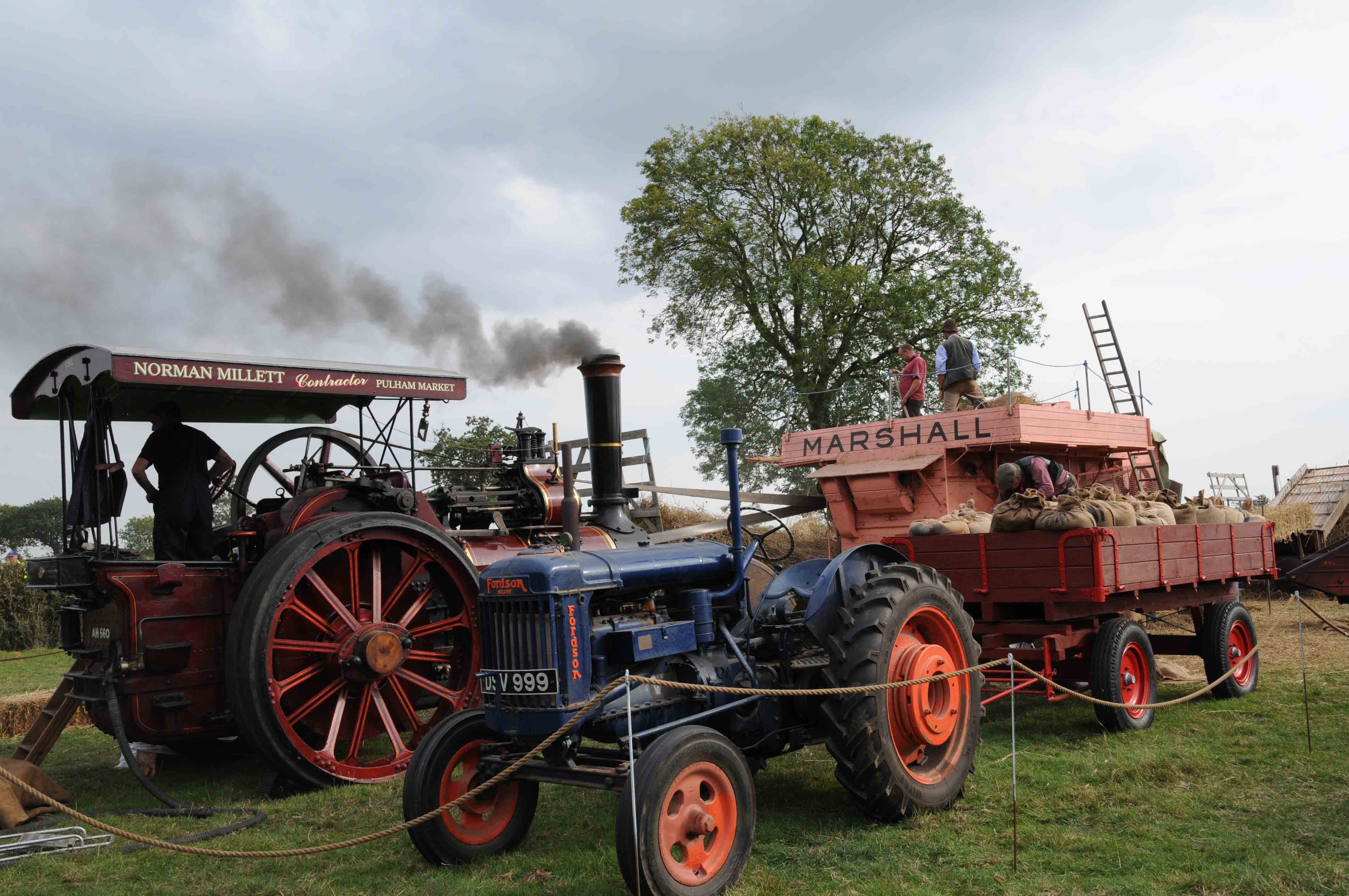 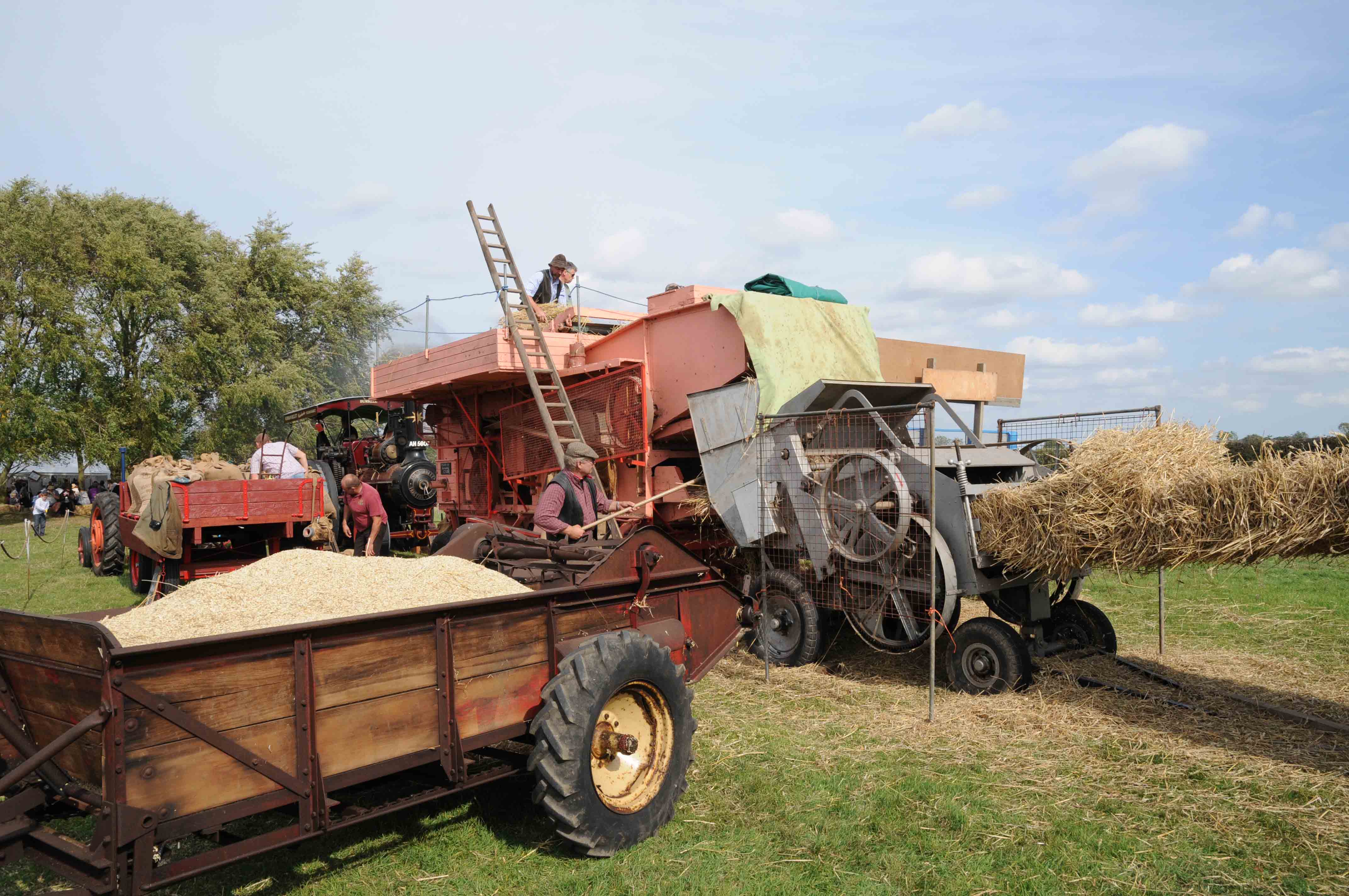 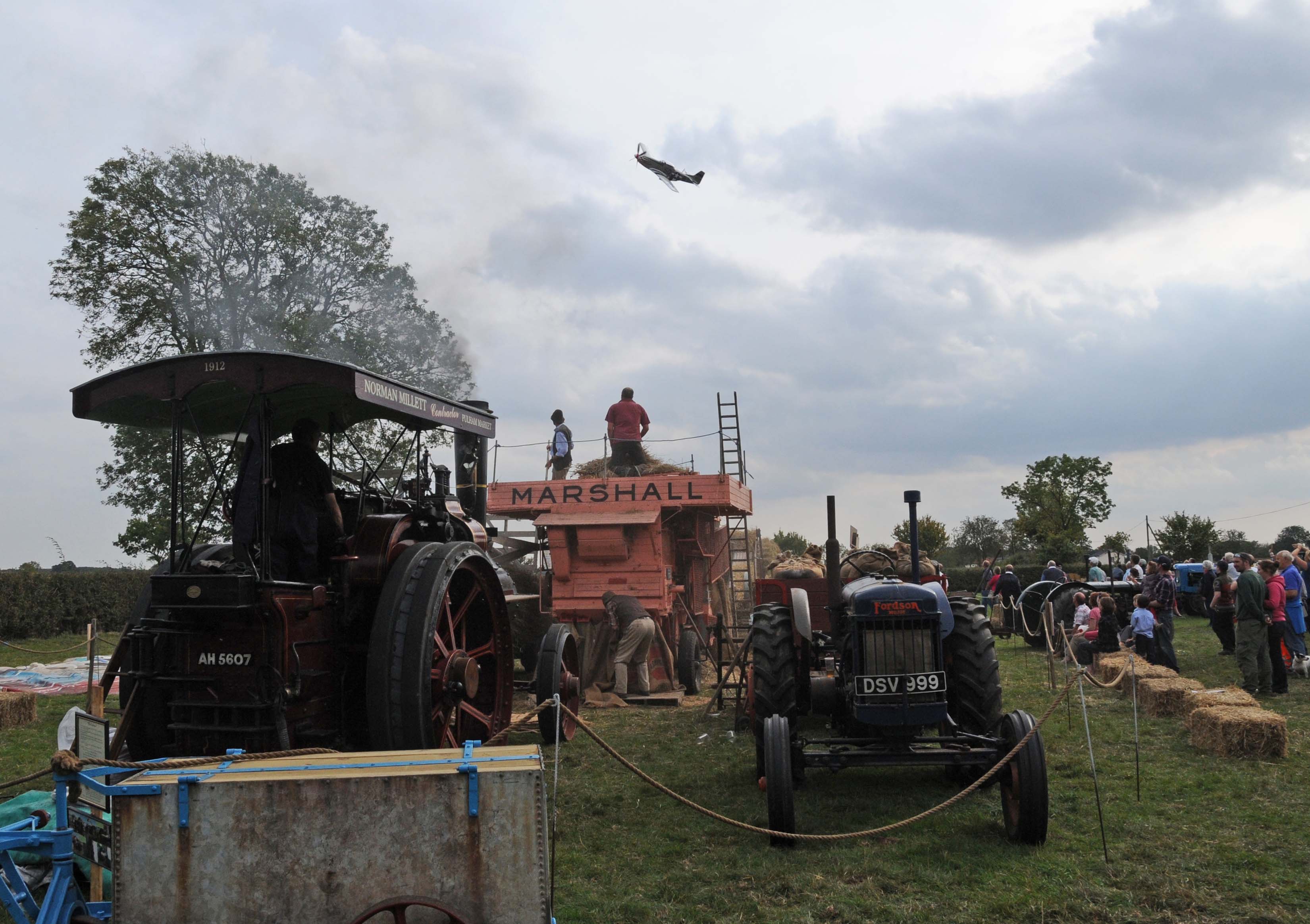 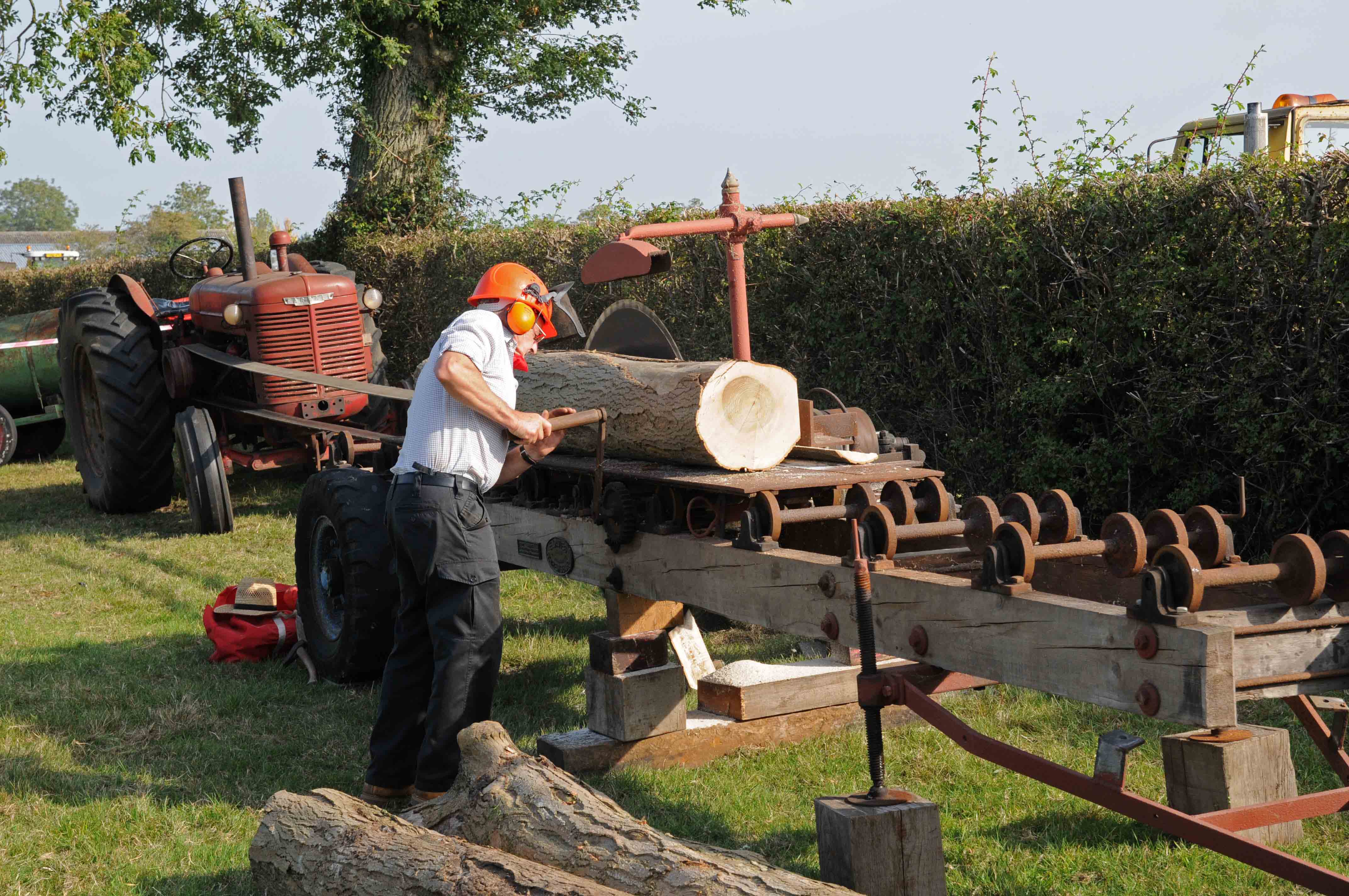 A report of the last Dentill, in 2009, is available in the News Archive.