People from Denton's Past

The purpose of this page is to provide some information about people who have lived in Denton in the past. Links to other websites are provided where appropriate. 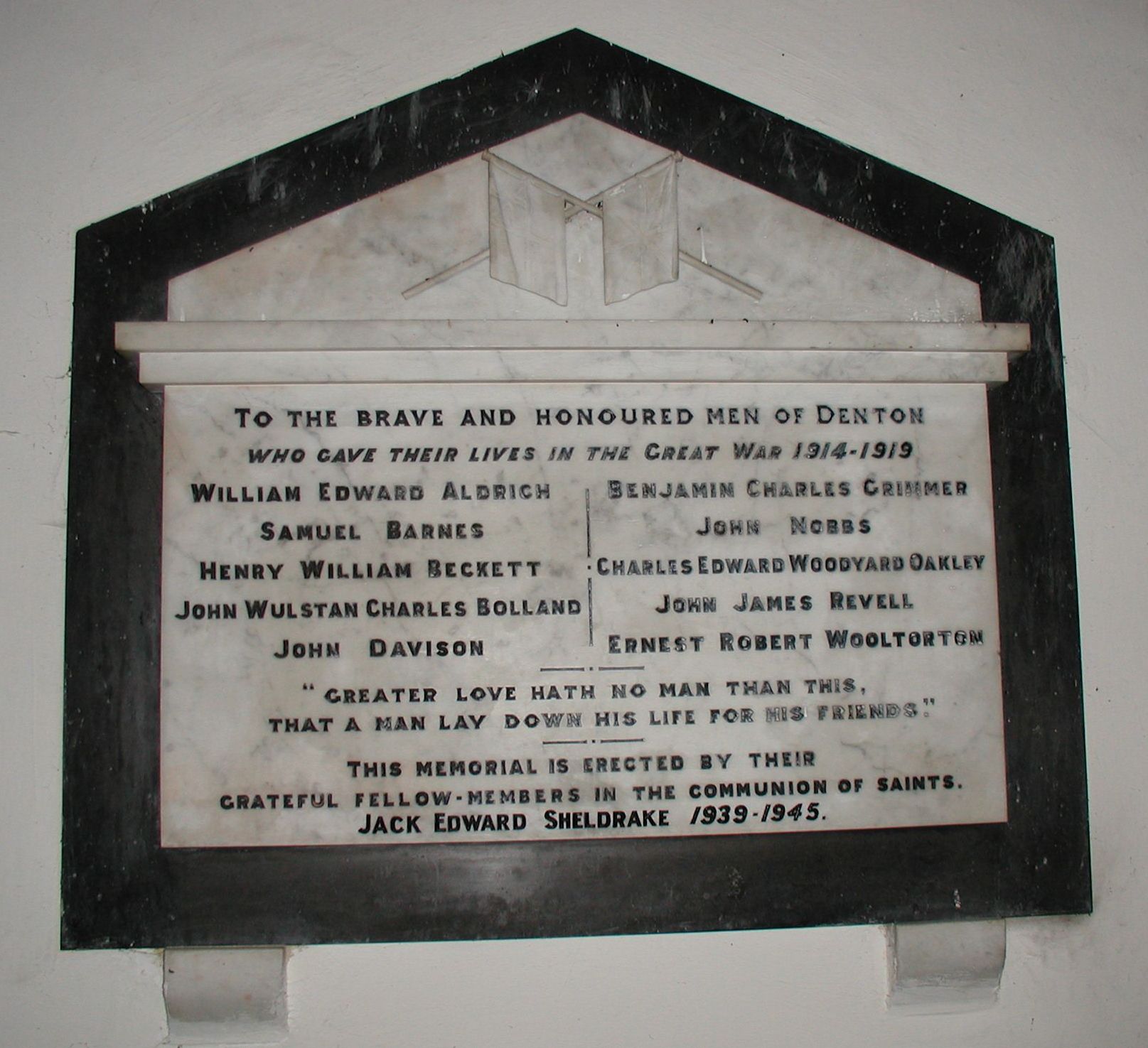 Like most communities in the UK, and beyond, many of the men who left Denton to fight in the two world wars did not return. Their names are recorded and their memories honoured on a plaque in St Mary's Church.

Two of the names on the memorial in the church also appear on the chapel memorial. The latter carries three further names - of Alburgh residents. Their details are recorded here for completeness.

The "Ethel and Millie" was a "Q" Ship, an armed fishing boat intended to take on German U-boats. A full account of her sinking can be found on the Roll of Honour website.

Further information can be found at

In the nineteenth century a number of county directories were published which contained a lot of information about the inhabitants of individual villages, including Denton, at specific dates. These are available for inspection:

These directories continued into the twentieth century.

Denton's entry in the 1937 edition of Kelly's Directory has been copied into a page on this website.

It is hoped to expand the information on this page. Ideas for new topics and additional information for the current ones are most welcome.