Denton Village News Archive for May 2014

Projects Approved, and Not

A major topic at Thursday night’s Annual Parish Meeting was how the Parish Council should spend its surplus funds.

Over the years, thanks partly to recycling credits earned from the Community Composting Scheme, the council’s reserves have built up so that they now stand at over £9,000 pounds. This compares with the annual precept of £3,000.

The council have been told the PCs are not supposed to hold such large reserves, it was suggested that £3,000 was adequate, so one of the objectives at the APM was to discuss potential spending options. These were:

Come to the Cabaret!

They did - the hall was packed. If you were not there you missed a great evening.

The programme, see below, followed a 40's and 50's theme and included a great mix of solo performances, duets and group singing interspersed with some very amusing sketches. The songs were nearly all old favourites so the audience could join in with enthusiasm.

All the nine members of the cast contributed to a great team effort but Peter, Karen and Gill's singing was, as usual, outstanding. In the sketches Terry had some particularly good roles but Val in shorts was a sight not to be missed! Johnnie's excellent accompaniment kept the whole show rolling along.

Finally, the three course meal provided during the interval, and served by the cast, was delicious and made sure that everybody there enjoyed a very successful event. Thanks to all concerned. 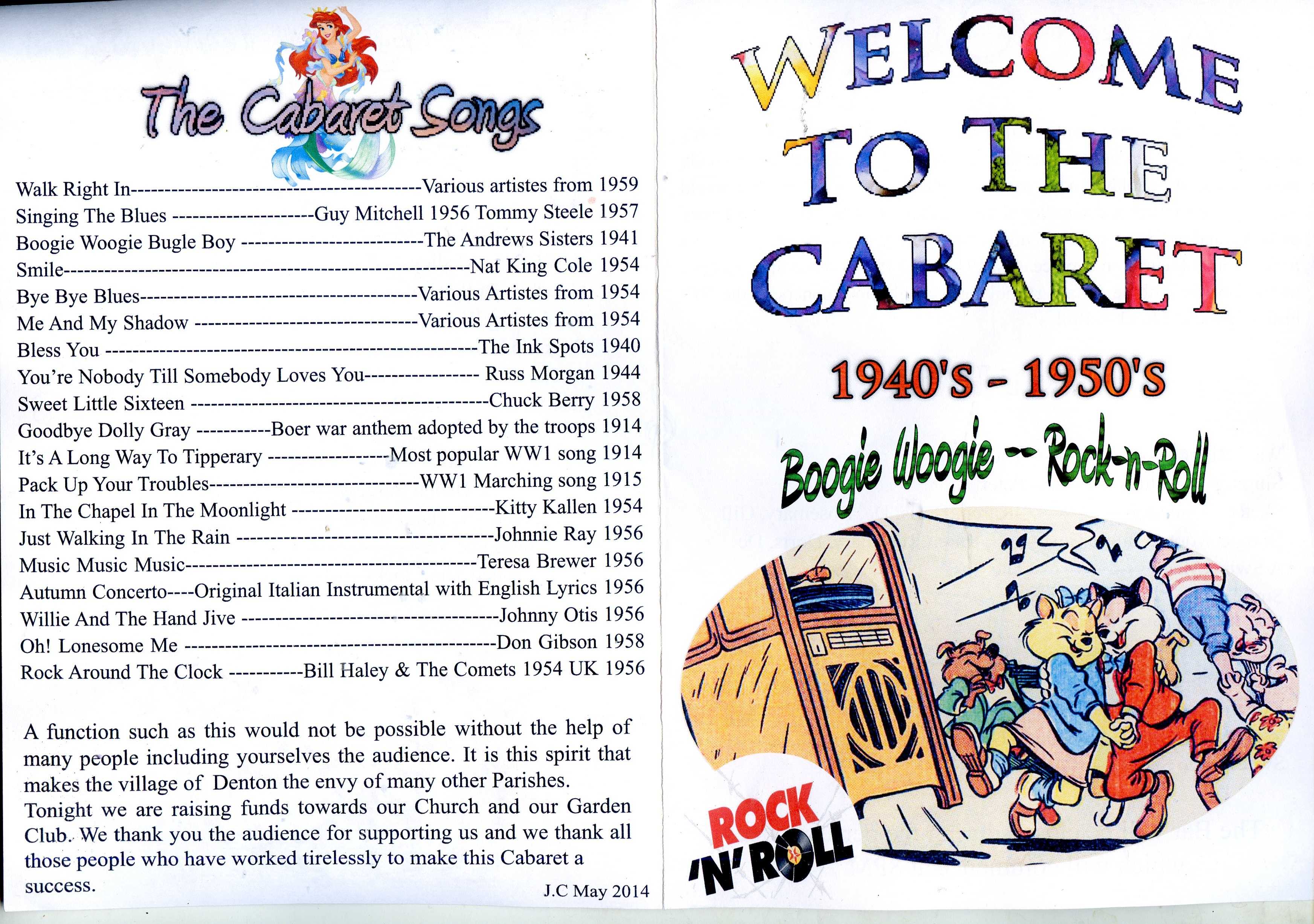 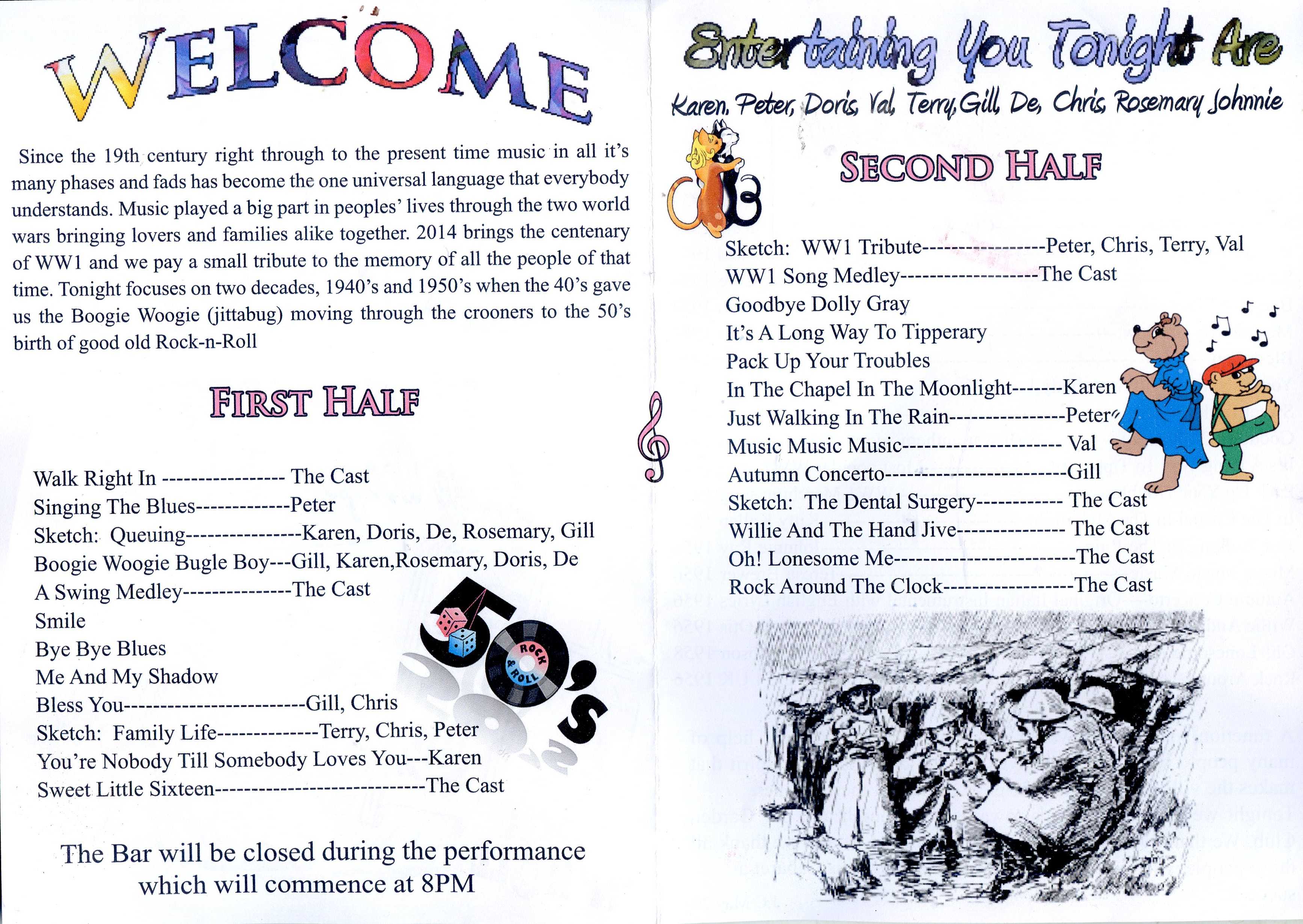 Details of the revised proposed extension to the Village Hall are now available.

The new, cut down, scheme replaces the old bus garage with a multi-purpose function room, an improved toilet facility at that end of the hall and new storage facilities.

A recent meeting of the Village Hall Management Committee approved the proposals and a planning application has been submitted. This will be considered at next week's meeting of the Parish Council.

Full details of the application, including drawings can be inspected by going to the the South Norfolk Council Website and entering the application reference - 2014/0747.

The Village Hall Management Committee have confirmed that this year's Summer Ball is to go ahead on the original planned date of June 21st.