Return to archives for 2020

We are delighted to report that a serious gap in our list of obituaries of Denton residents has now been filled.
Malcolm Reid, of Home Farm, passed away a year ago. Thanks to Brian Hewlett, his obituary is now in place.

Twenty years ago (Can it really be that long?) most Denton residents took part in the creation of a wood to mark the Millennium, Rogerson’s Wood at the bottom of the playing-field. They made a donation to the cost and/or turned up to help with the planting of the trees.

One of the highlights of the occasion was the link established with friends in Denton, Texas. The Mayor of the City, Mrs Euline Brock, was visiting the UK with her husband at the time and combined their business trip with a visit to Denton. They were delighted to plant five American Red Oak saplings in the Wood. We are pleased to report they are still growing well. A metal plaque to commemorate this great event was duly erected on a post in the Wood. 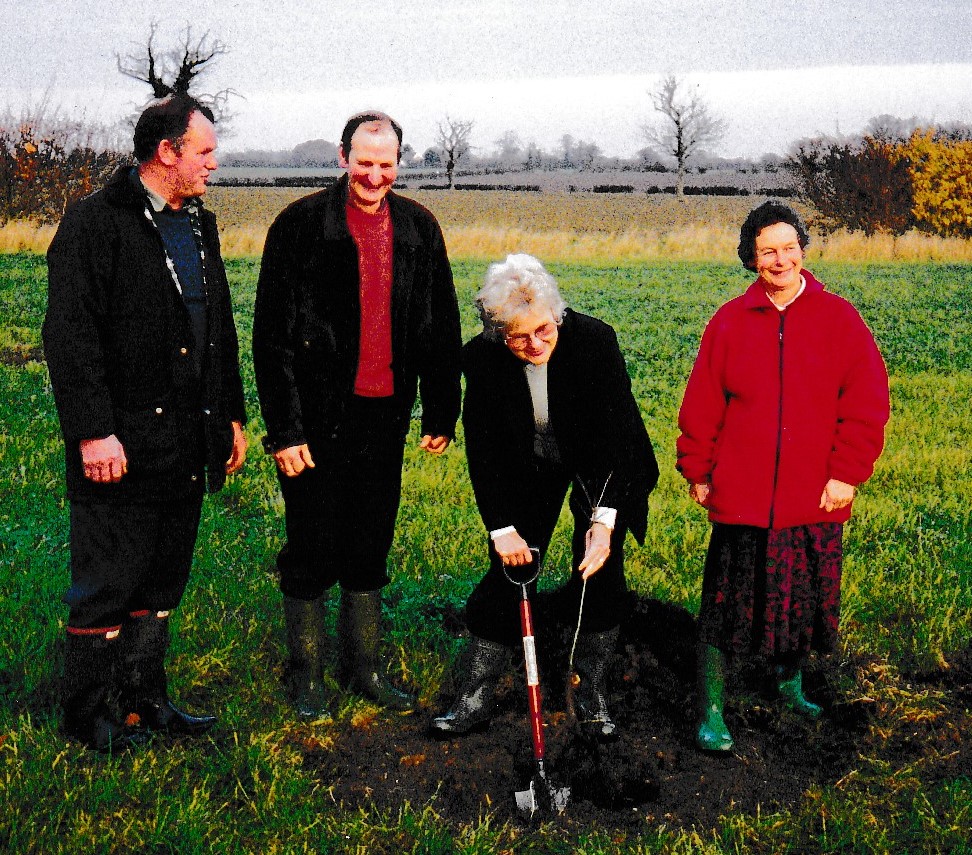 This week the Archivist of Denton, Texas, Mr Matthew Davis, has contacted us. It seems he had been exploring the City archives and came across a picture of the unveiling in 2000 of a similar plaque in Denton Texas to record this trans-Atlantic exchange. He wondered if we could supply a picture of ours?

This is where it all becomes rather embarrassing. Alan Squirrell, a member of the team who organised the Wood project, reports that, he did some maintenance work on our plaque, and replaced it near the information board at the top of the site, some time ago. Unfortunately, it has since disappeared!

Good News! It's been found. It will be renovated and returned to the Wood. 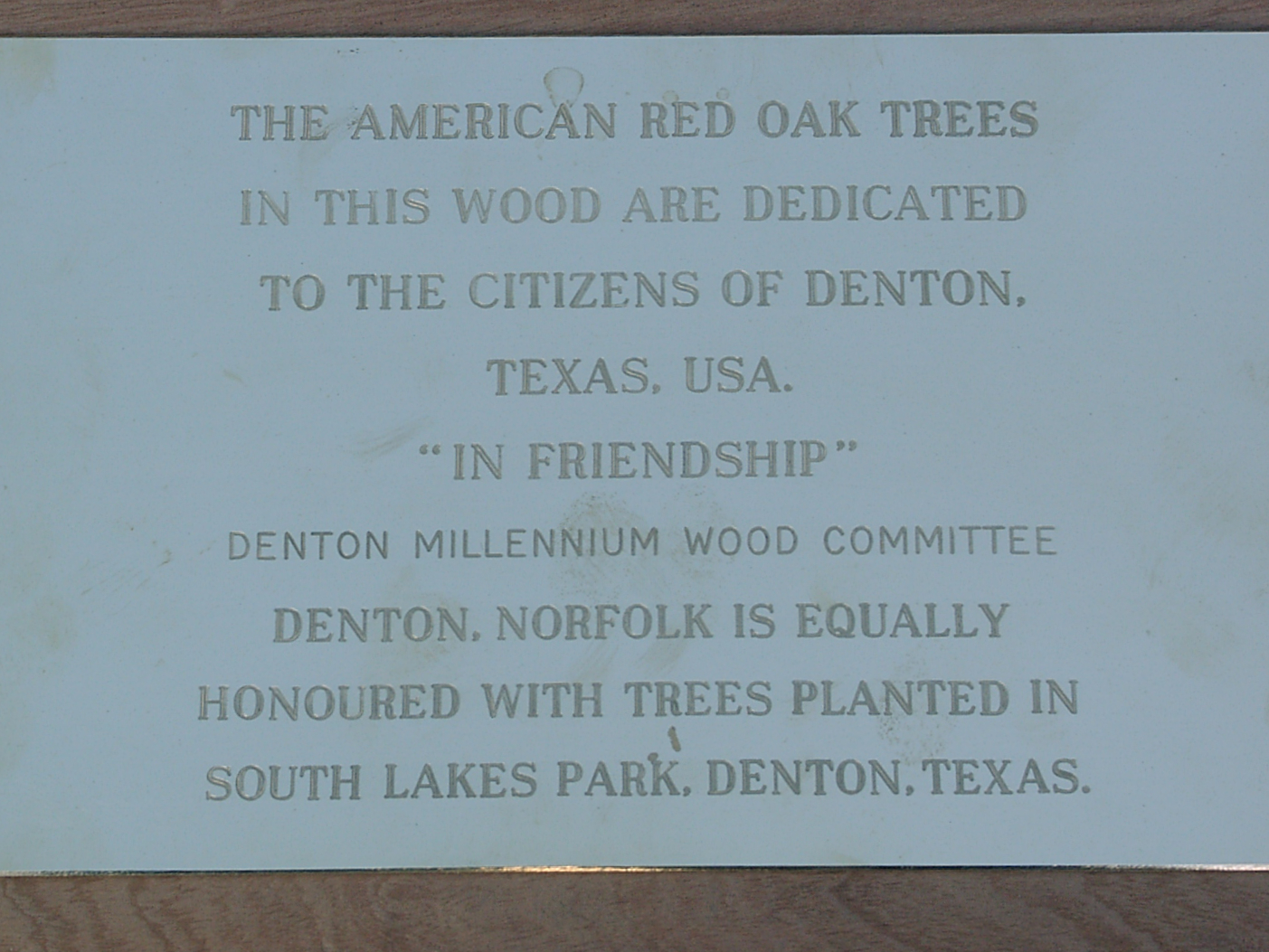 A new Minister has been appointed by the Waveney Valley Ecumenical Partnership.

He is Revd. Bruno Boldrini who replaces Revd. Jaqueline Evans. Bruno is Italian from Rome but has grandparents from Germany and Spain. He has lived in the UK for 26 years so feels very much at home here.

Denton Station in the News

"Our" railway station is in the news.

Actually, of course, it is not ours but the station serving another Denton, the one in Greater Manchester.

Keen eyed followers of useless statistics will have seen reports in today's newspapers quoting the latest figures on the number of passengers using Britain's 2,567 railway stations. Bottom of the list, with just 42 users in the year ending 31st March, is here in Norfolk - the, request stop only, halt at the Berney Arms on the Norwich to Gt Yarmouth line - but in 5th place, with 92 passengers, was Denton.

The reason for the Berney Arms low figure is explained by the fact that the pub, after which it is named, has closed and there is no public road access to the station. Checking the timetables for "our" station reveals that it is served by just two trains a week, one in each direction on Saturday mornings.