Despite current difficulties, a number of Denton residents followed our traditional practice of sending seasonal greetings to all their friends in the village via the display in the Village Hall. They then donated the money they saved by using this route to charity.

This year, with limited visits to the Hall we thought it would be nice to display the cards here - 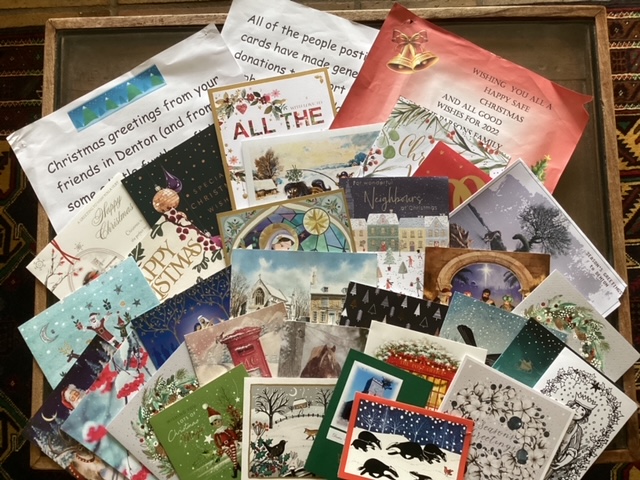 The donations totalled £235 which, together with the £400 raised by the carol singers, will go as usual to the Bwindi Orphanage and Hospital in Uganda.