This year's Village Supper was as successful as its many predecessors. The Village Hall was filled to overflowing (the planned extension is definitely needed!) and a great time was had by all.

Special thanks must go to everyone who contributed; as usual the cooks produced an excellent four course meal and others did their bit, serving the food, clearing the tables, washing up etc. The bar staff did a great job keeping everyone supplied with suitable liquid refreshment.

One highlight of the evening was, after the traditional "Spirit of Denton" toast, the announcement that we were celebrating a very significant anniversary. It seems the Hanners, Kath and Terry, have recorded no less than 100 year's joint service on the Village Hall Management Committee. It is impossible to measure just how much they have contributed to village life over the last half century. We are all most grateful. 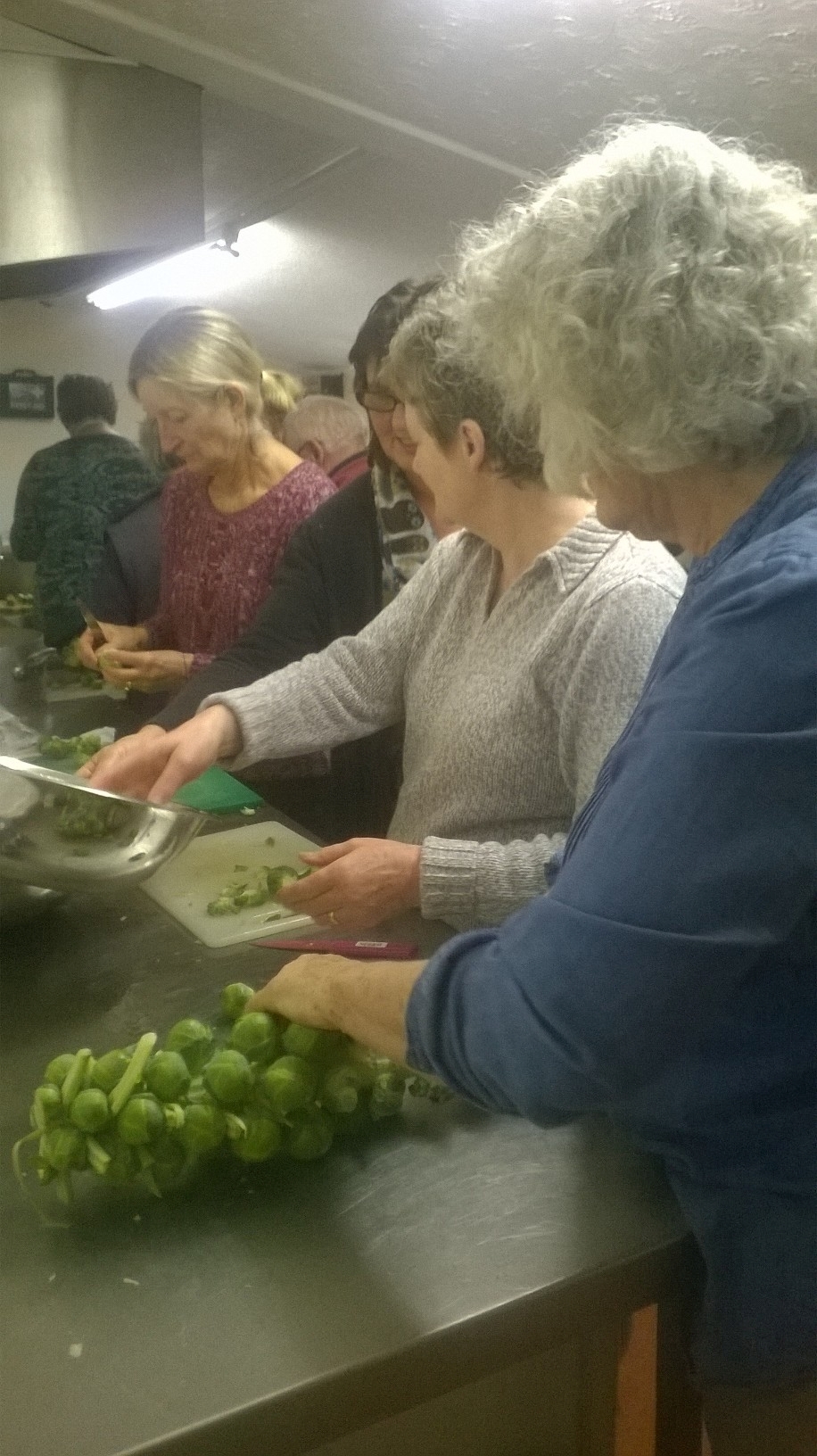 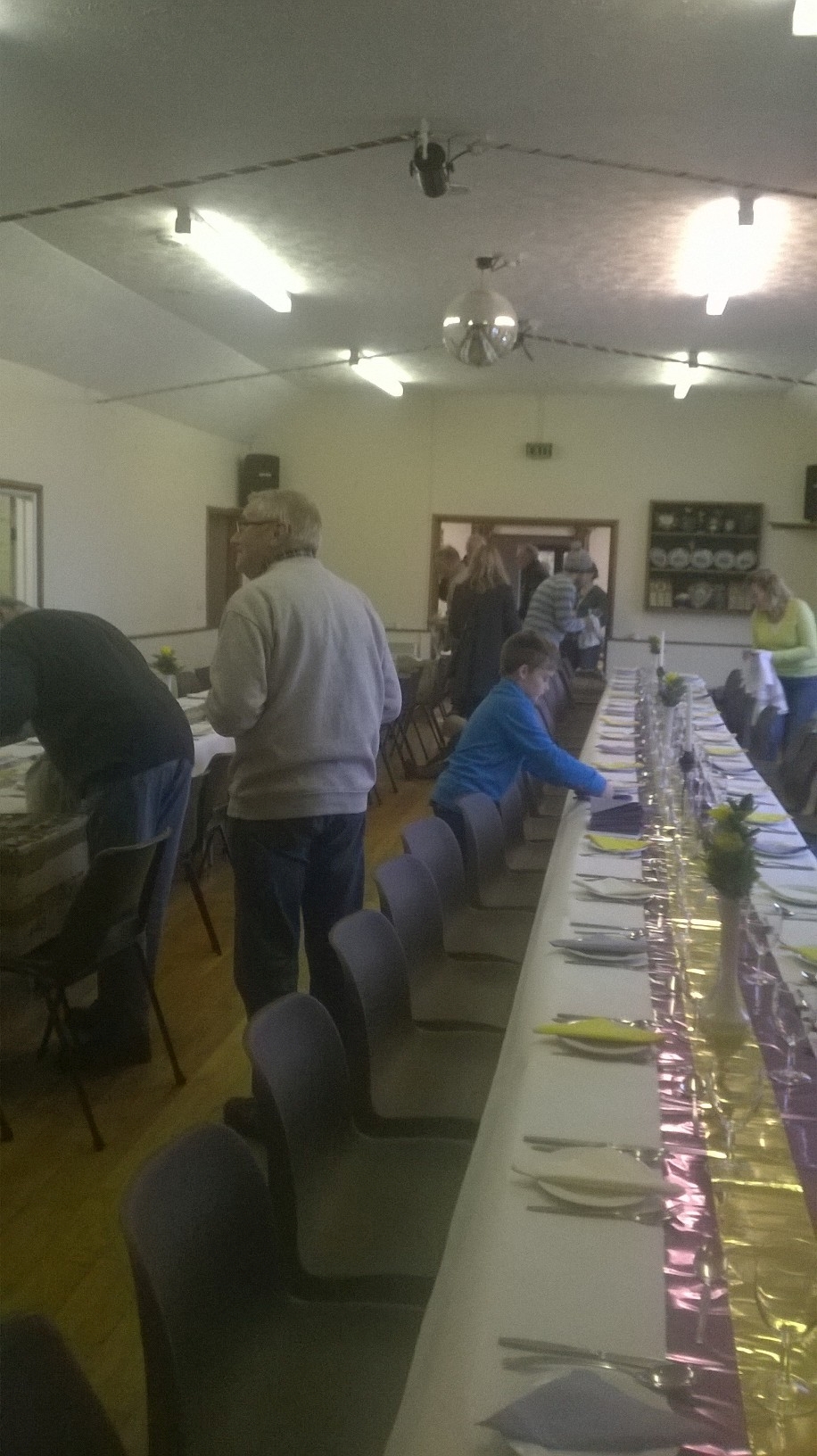 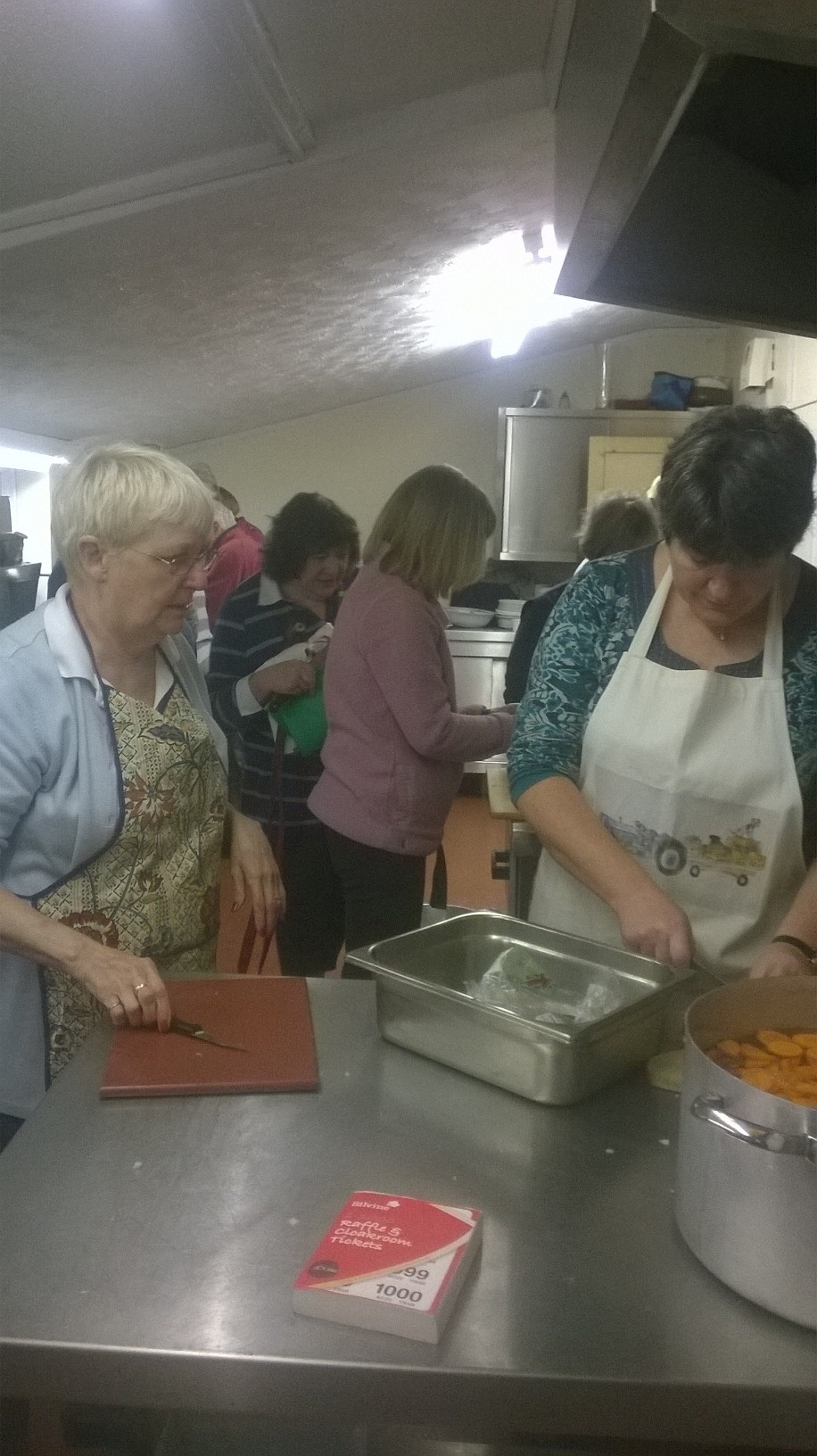