The Calor Village of the Year Competition 2009

In 2008 Denton won the "Pride in Norfolk" award for villages with populations under 500 people. The competition is organised annually by Norfolk County Council and the Eastern Daily Press.

Each year one of the Norfolk winners, there are several categories, is chosen to represent the county in the national competition sponsored by Calor Gas. Denton was given that role for 2008-2009. We were competing against villages up to 5,000 population.

In April 2009 we won the regional round and moved on to the all-England competition.

At the end of July the results of the all-England round were announced. The Winners were Kirkby Stephen but it was claimed that we were not far behind.

The final letter from the organisers and the comments from the judges are available for inspection.

Further details of the competition appear below.

Initially we were up against the entrants from 6 other counties in the competition's Eastern Region. The other regions' entrants, against whom we were competing in this round, were:

So, with a population of 352, we were the smallest. All the entrants had qualified through a county competition, which differ in format; some appeared to be Best Kept Village Competitions, while others were mini Calor competitions with entrants having to compete in a number of categories.

The judges were looking for well-balanced, enterprising, caring villages. Communities that were making the most of local opportunities, wherever they were and however large or small the village.

The competition included four compulsory categories on which the village was judged:

A maximum of 15 marks were allocated for each category. Up to a further 20 marks were then awarded by the judges for the "buzz factor". The prize for the Regional winners (there were five regions covering England) was £2000 with £500 for the winner of each of the four categories.

As regional winners, and winners in two categories – Sustainability and Communications, we went through to the second round to find a winner for the whole of England. Judging took place on 15th July.

In 2008 the winning English village also went forward to a third round to compete against winners from Scotland, Wales and Northern Ireland to find an overall winner for the United Kingdom, but this did not happen in 2009.

On Thursday 2 April the Judges arrived promptly at 9.30 a.m , having stayed overnight in Bungay. We had a mere 2 hours to impress them, which we did by means of a Talk, Village Tour and a Display, which was very impressive.
Obviously it all worked very well as we were awarded the regional prize. We received our prize, a cheque for £3,000 and a plaque, after the judges' visit on July 15th.

In the England competition we were up against four other regional winners:

So we were again the smallest. 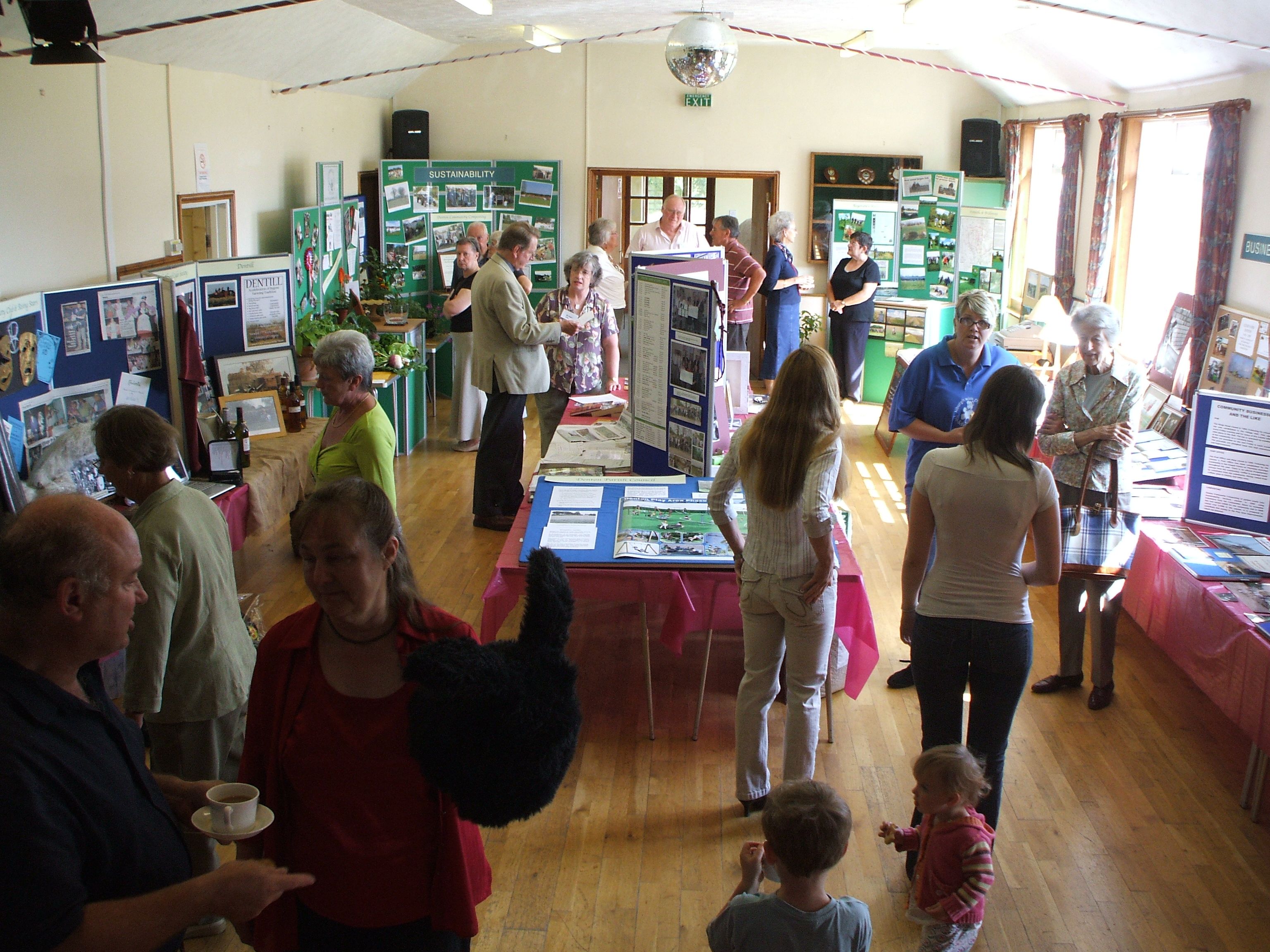 We polished up the presentation, displays etc. (the exhibition in the Village Hall appears on the right) used for the regional round ready for next judges' visit on July 15th. There was definitely an improvement on our previous efforts but, unfortunately, it was not enough to win the national title.

The Handout document given to the judges at the end of their visit is now on the website.

After the judges had finished their formal visit they joined us for the presentation of the prizes for the regional competition. Liz Cargill and Peter Hill received our plaque and £2,000 as Village of the Year for the East of England. However, we then learned that we had won two of the four awards for the judging categories used in the competition. We were judged to be best in the region for 'Sustainability' and 'Communications'. £500 was awarded for each so the actual cheque was for £3,000.

The Denton entry was coordinated by parish councillor Peter Hill who congratulated the village on its success and thanked everybody who had contributed to the bid.

Unfortunately, 2009 was the last year that Calor organised the competition; it had started in 1997.