As might be expected, Denton took the celebration of this significant event in our nation's history very seriously.

The actual day, 70 years since the Accession, was Sunday 6th February but celebrations were concentrated around a special four day UK bank holiday weekend from Thursday 2nd to Sunday 5th June.
The Parish Council had held an open meeting back in February where a range of activities covering the four days were discussed. The Village Hall Management Committee were then consulted.
Details of the resulting events appear below.

Denton came together in celebration of Queen Elizabeth’s service to the nation.
All Denton residents, their friends and families were warmly invited to a weekend of activities in the village.

for all the celebrations can be seen Here.

Leading up to the Jubilee weekend great efforts were made to make Denton “Blooming Marvellous”
Many villagers decorated their house frontage with bunting, flags and suitably coloured flowers - anything that captured the idea of a right royal summer celebration. Some were very ambitious. 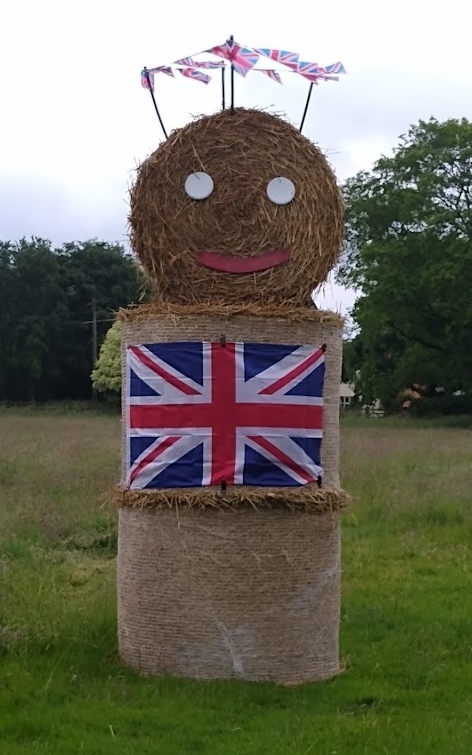 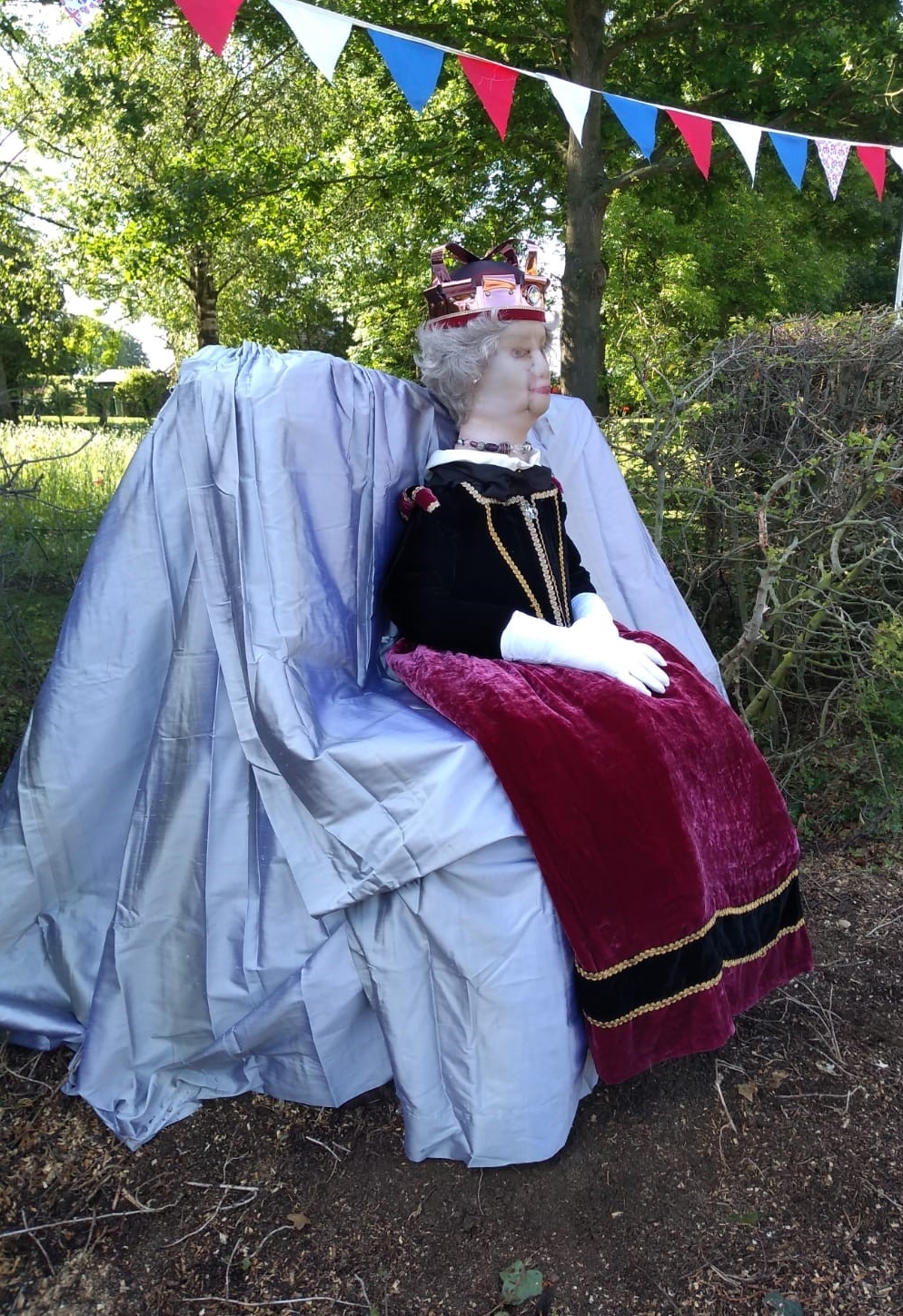 Food and Fire from 7.30pm Denton Village Hall.
The bar was open, delicious baps containing a variety of meats were on sale. Later in the evening, at 9.45 pm, a mini-beacon was set alight as part of the chain of beacons being lit across the country. 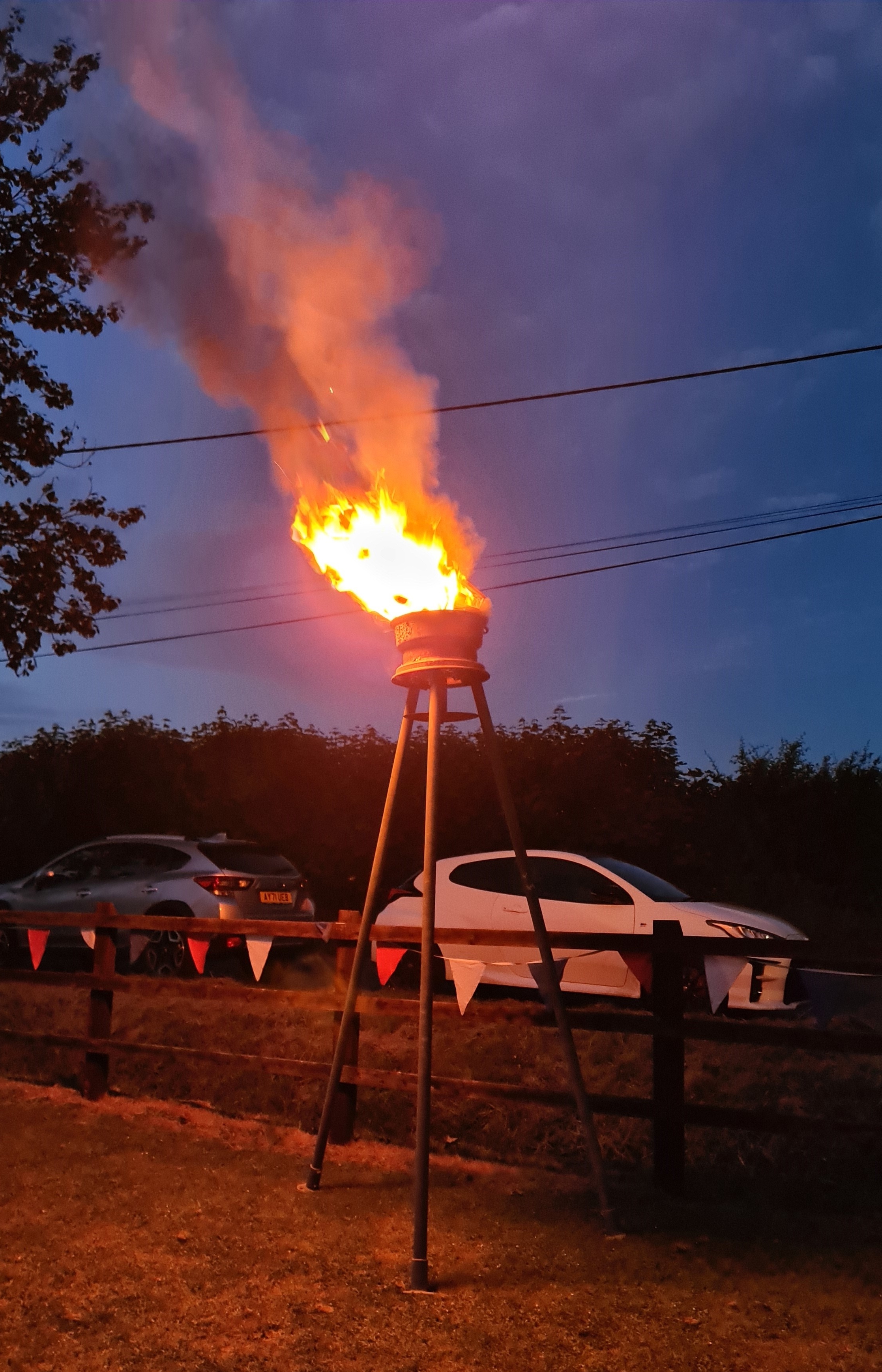 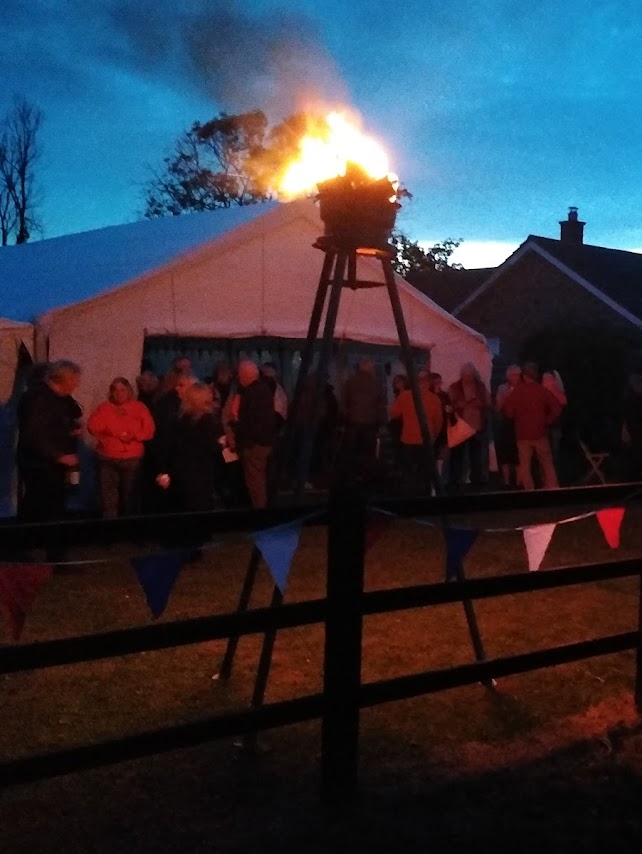 In the afternoon Guided Walks were organised and more than 60 people joined in. Three new marked walks around Denton had been created by Jennie Crohill. They will now become “legacy walks” with permanent waymarkers, and maps and guides available from a locker on the Playing Field.

This is the introduction to the routes on the back of the Shelter in the Play Area. 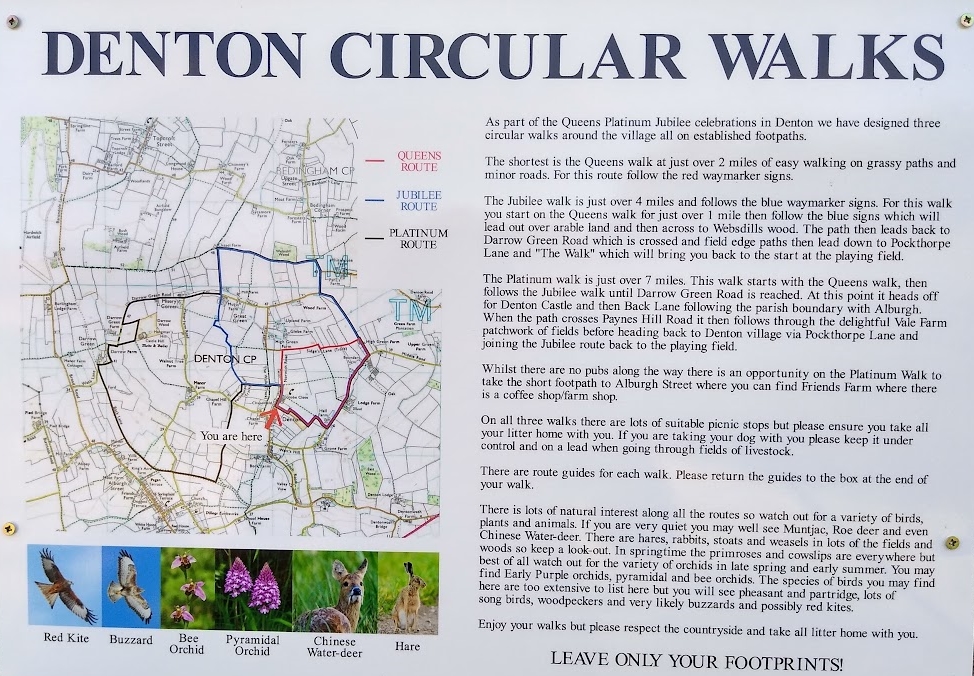 Further details of the three Walks can be seen on the Walks Page.

In the evening "Denton Together" was enjoyed at a packed Village Hall.
It included sketches and singing from the 7 decades of Queen Elizabeth’s reign provided by Denton Variety Club members and The Dentones.
The Programme for this event can be seen Here.

In the morning a Village Tractor Run was organised around “Blooming Marvellous” Denton. 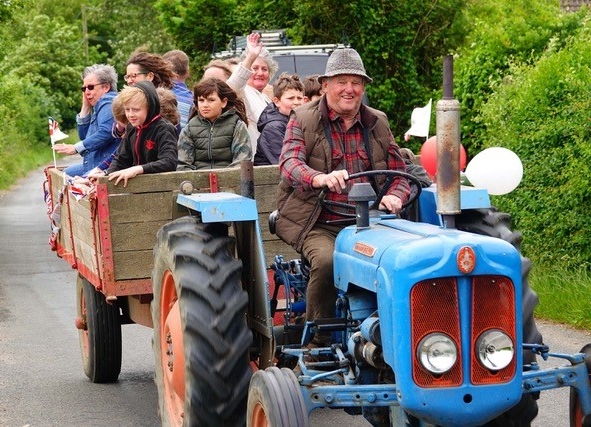 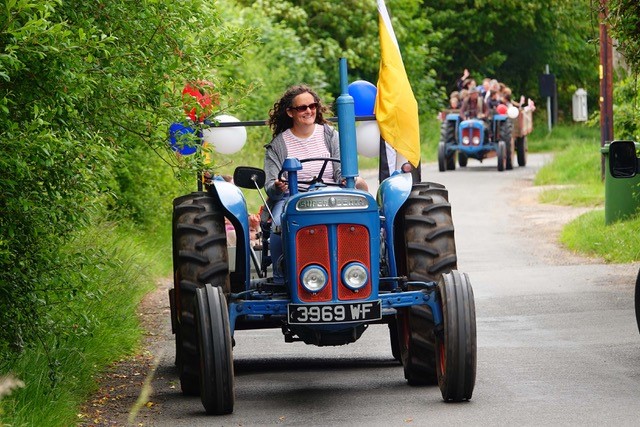 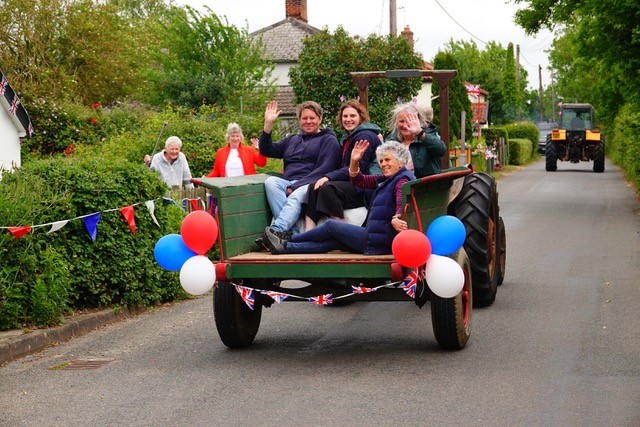 Later a Family Fun afternoon was provided on the playing field. Stalls, games, laughter, prizes!
Something for everyone to enjoy. The Walking Football tounament was hotly contested.
The winners, the Norwich Road team, celebrated in style. 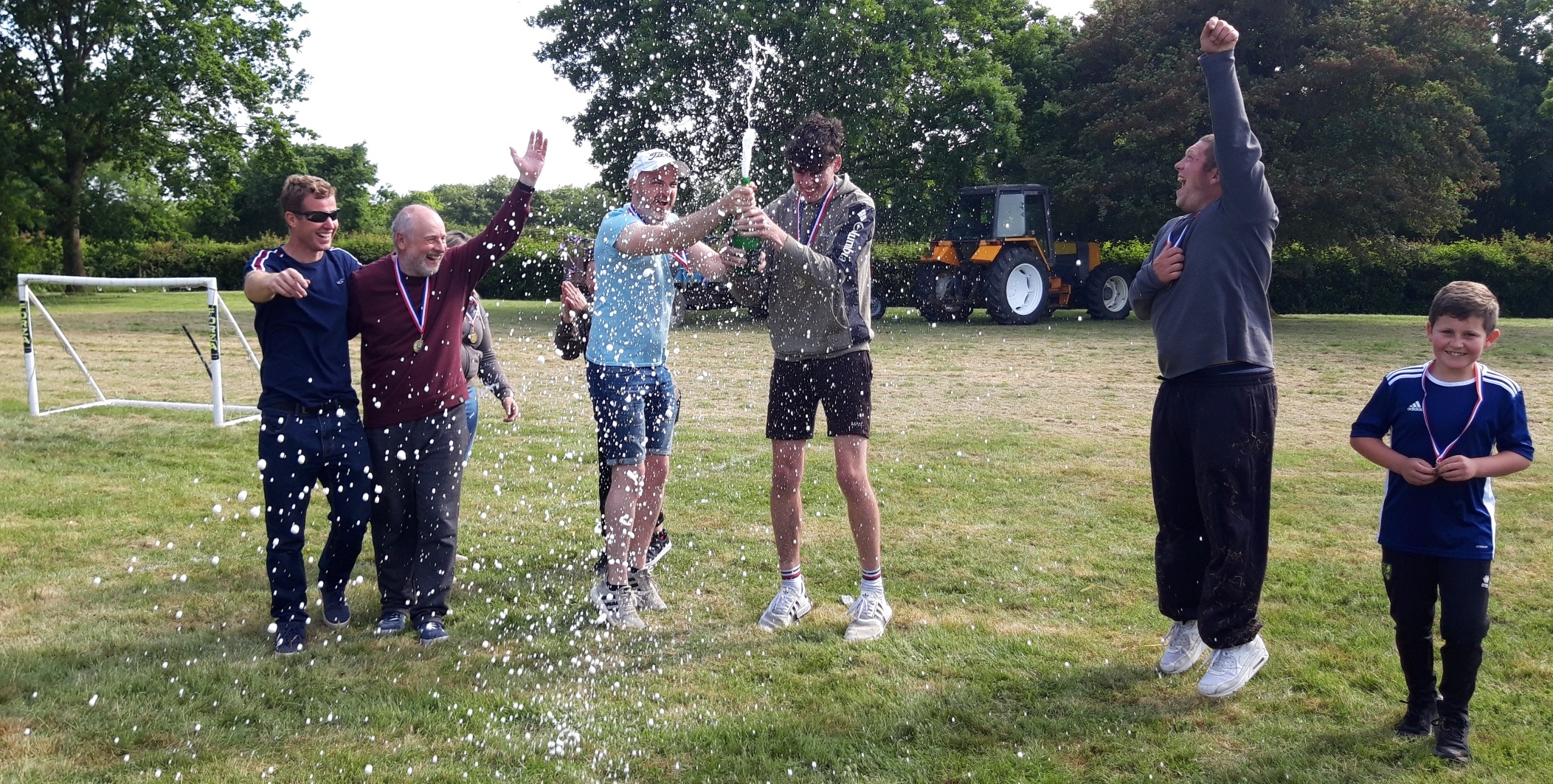 The Bar opened at noon and a great free-of-charge Jubilee Lunch was served. 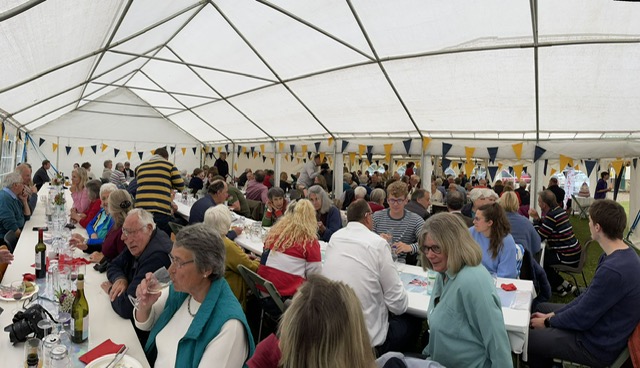 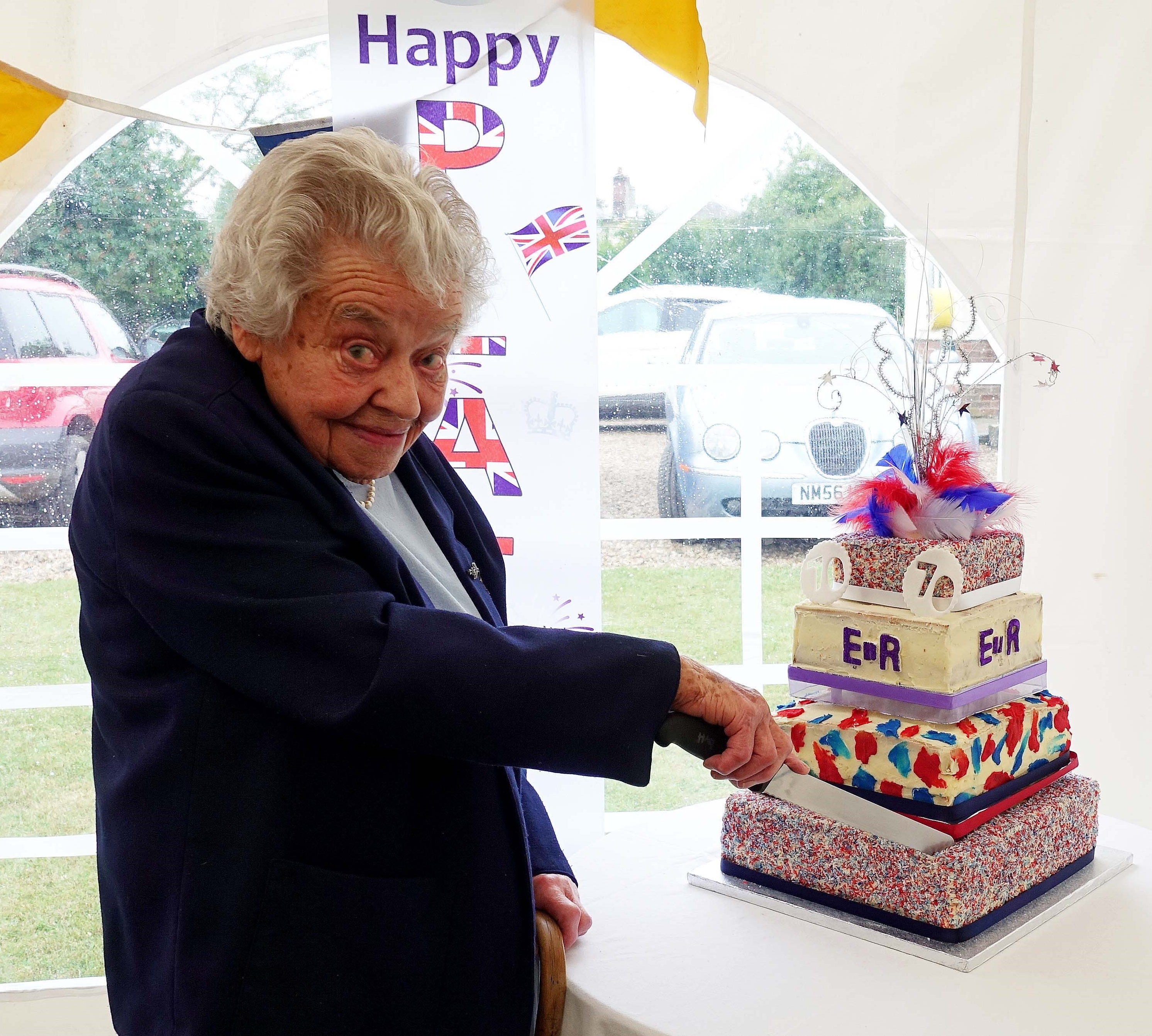 The Lunch was followed by a Village Photo on the Playing Field.

Setting-up on the Mound - 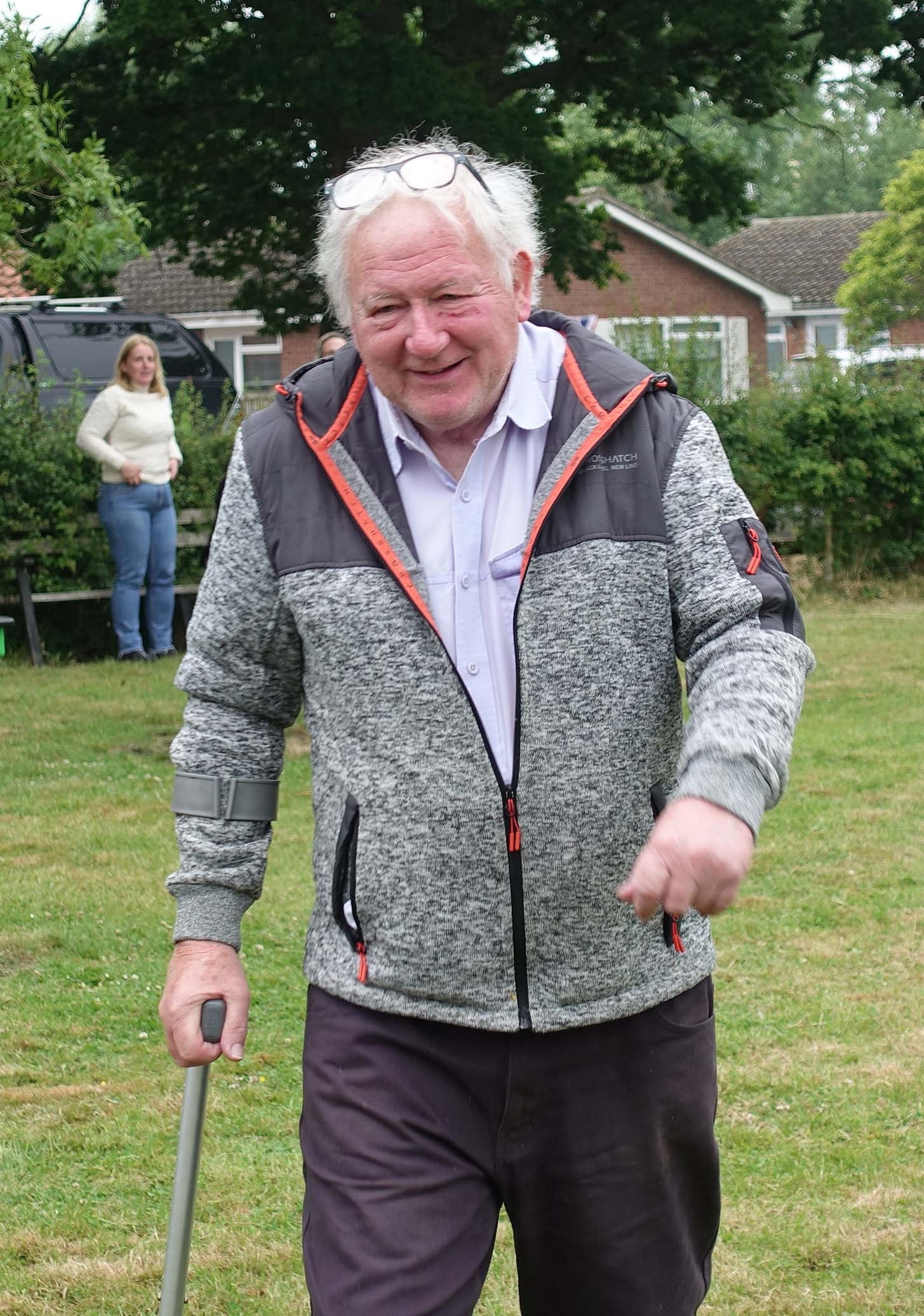 Ken is happy to supply copies of the Result in various forms. He can be contacted on 788705 or via ken@ashtonautos.com.

Perhaps one of the most wonderful memories of the whole Jubilee will be the amazing meeting between Her Majesty and a Bear. 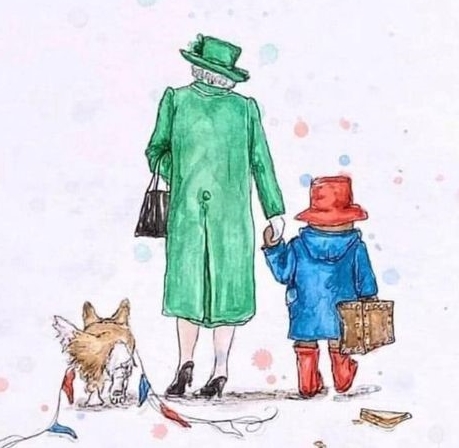